Home Air How much will the F-35 actually cost? 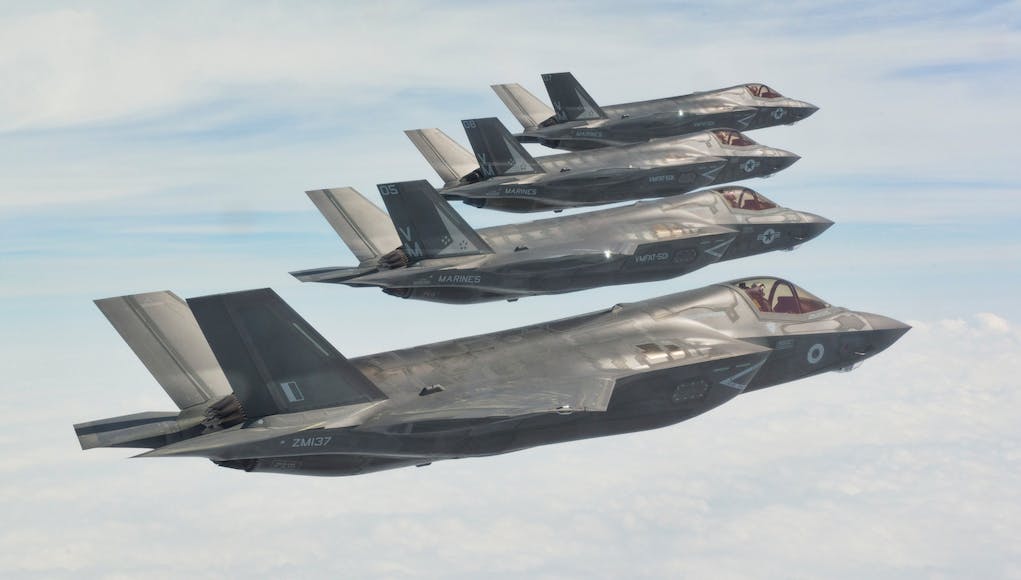 The F-35 programme is often labelled a “trillion-dollar black hole”, the man in charge of the project vehemently disagrees and lays to rest any fears over rising costs.

Lt. Gen. Chris Bogdan, the head of the F-35 joint program office, hosted a press event with reporters in defence of the programme, citing constant drops in the cost of the jet.

“It is a fact this program is over budget from 2001’s baseline. It’s just true. We will never underrun that number. We will never save that money. It’s gone. What matters is since that time, what’s happened to the cost on the program? It’s gone down, not gone up. Judge the program today, not where it’s been, but where it is and where it’s going.”

Bogdan also pointed out that this year’s selected acquisition report (SAR) noted reducing procurement costs, down by $3 billion. The report can be found here if you wish to verify this information.

The average cost-per-unit in low-rate initial production lots six, seven and eight, the last three lots on contract, have fallen. The below figures also include engines and adjust for inflation.

“Affordability is the number one priority for the F-35 program and this year’s report reflects another year with significant cost reductions and we’re not stopping there.  We will continue to drive costs out of the program. The F-35 Joint Program Office has a disciplined approach to analyzing and reducing sustainment costs. Ongoing activities include conducting a sustainment business case analysis and operating a cost war room to find program savings and attack operational, sustainment and total ownership costs.

“We are extremely pleased with the nearly $60 billion decrease in Operations and Support costs of the F-35 program during the last year alone.  This is a result of a laser focus by the entire government and contractor team on reducing costs across the board whether it’s improving quality in manufacturing, increasing supply chain delivery speed, and dramatically reducing concurrency items.  We aren’t stopping here, we have numerous initiatives in place, including the Blueprint for Affordability, that will drive program costs even lower allowing us to provide our warfighters a 5th Generation F-35 jet at a 4th Generation price by the end of the decade.”

Here are some comparisions The Eurofighter (an excellent plane) costs £125m (inc Devel.) each and an Airbus A380 ($440 million).

No, they are now in the US, stripped for parts and covered up at the AMARC in Arizona.
http://forces.tv/sites/default/files/harrierjets_0.jpg

We had to cut something, if you want a good explanation then the ‘thin pinstriped line’ goes into excellent detail.

I suggest reading it if you want to discuss about harrier from a position of knowledge.

What Harriers? They are all sitting in the Nevada Boneyard.

No a whole squadron of BRAND NEW streight out of the box, top of the line fighters

And?
Is the training & logistical pipeline there as well (hint – that’s the expensive bit)

whilst the unit cost starting to come down is welcome news it is irrelevant. The true unit cost will include much more than the fly away cost. Much like the typhoon is often quoted to cost £66 million, when really the NAO puts the true unit cost to the UK at £125 million.

The NAO figure is the one that matters, not Lockheed’s, of course they’re going to paint a nice picture.

who cares…we need them to defend this country from invaders more than ever since WWII…..

more than what it was contracted for…..

noe Canada is pulling out of the Deal the price will go UP !!

Appreciate this post quite a bit. Nice and factual, without the hyperbole and hand-wringing often thrown around with the F-35. Wish more JSF reporting was like this.

F35 is a great deal for Britain. We make such a high percentage of the 1000’s of units that will be produced that the country as a whole will make a massive profit AND get an excellent fighter.

I’m not claiming its a great deal for other countries, but for us its amazing.

A good article well worth the read. each F35B now (with engine) heading below £80M per aircraft….Typhoon prices…so well on its way in the enxt Lots at being cheaper than the most capable 4th Gen aircraft. Good stuff.

Surely with the UK reported to have 15% of the total overall build work in the partnership that should, when added into the UK’s overall costs, represent a very large discount to HM Government’s purchase price for a limited number of the overall aircraft production numbers?