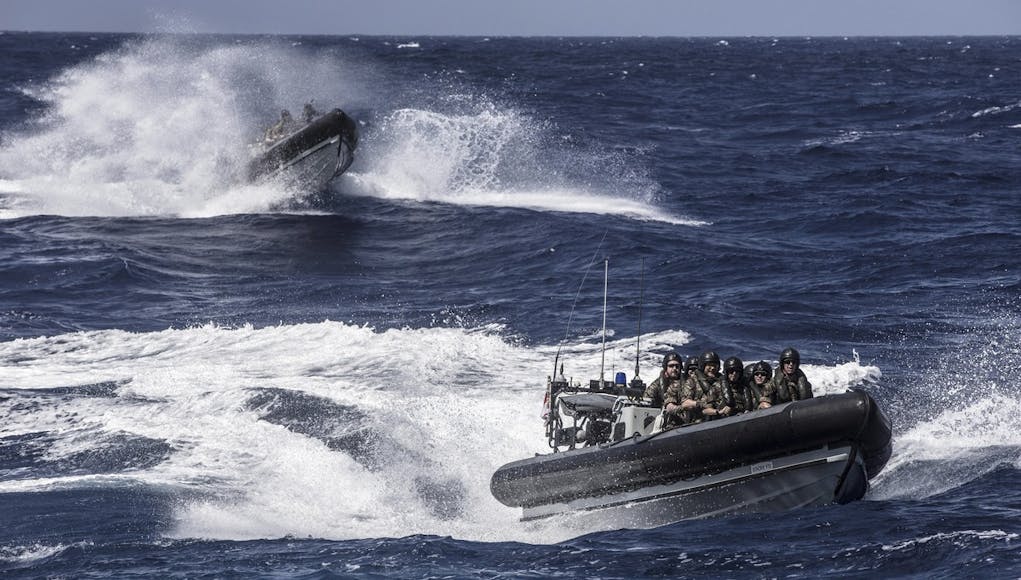 The MoD have signed a £26.7m contract with British company EP Barrus to supply and maintain outboard and inboard motors fitted to the MOD’s small boats fleet.

The MoD say they have awarded a £26.7 million contract to supply and maintain outboard and inboard motors fitted to the MOD’s small boats fleet.

“The Oxfordshire-based company, EP Barrus, secured the seven-year contract for the upkeep, update and supply of engines fitted to more than 1,100 craft. The contract will support boats within the current MOD in-service fleet for craft under 25 metres, including Rigid Inflatable Boats (RIBs), the Mexeflote landing-raft system powered by the Thrustmaster propulsion unit, workboats, and planned future craft.”

“Boats are an essential capability of the UK Armed Forces and are used for many different operations around the world ensuring that our Navy has the reach it needs to protect our interests around the globe. We are committed to ensuring that engines are effectively managed through every stage of their life cycle and our partnership with EP Barrus will provide critical support to this. DE&S is proud to maintain excellent working relationships with EP Barrus, a valued industry supplier and we look forward to continuing to work together to support our front line with the equipment they need while also maintaining vital British skills and jobs.”

Over the seven years the contract will support operations in the UK and overseas involving the Royal Navy, Royal Marines, British Army, Ministry of Defence Police, and Cadets.

The contract will support approximately 40 jobs within Barrus’s Engineering Centre, and secure future roles for young engineering students and the company’s graduate engineering intake programme in Oxfordshire. In addition, around 80 jobs across the UK supply chain will benefit from the contract.

No complaints of lack of numbers here…over 1100 craft. Always seems a lot to me.

Then it’s great value for money to support engines for that many boats for less that 4 million a year.

Yeah but engines these day don’t break down that much. And I’m really surprised the navy couldn’t do the work.

That is actually good value for all the MODs boats

It does seem allot, the Marines must have a couple hundred alone, but we only have 77 comisioned ships with lets say 3 boats each that’s still no where near 1100. Where’s the other 650+ Boats? Spares? Lol

Oops I thought it was the royal navys small boat fleet! The MOD fleet Now that makes more sense.

It would be a bonus if the Contracts could be negotiated for all small craft in HMG use. Some many other agency’s use small boat that it might make sense for 1 central contract.

The smartest way to do that is by a government wide framework contract. Have some criteria (i.e UK based) and an open dynamic catalogue of pricing. When everyone can see the pricing you get competition and lower prices. It also alllows smaller businesses to get involved.

We should add these numbers to the navys fleet, then we will be top dog again lol