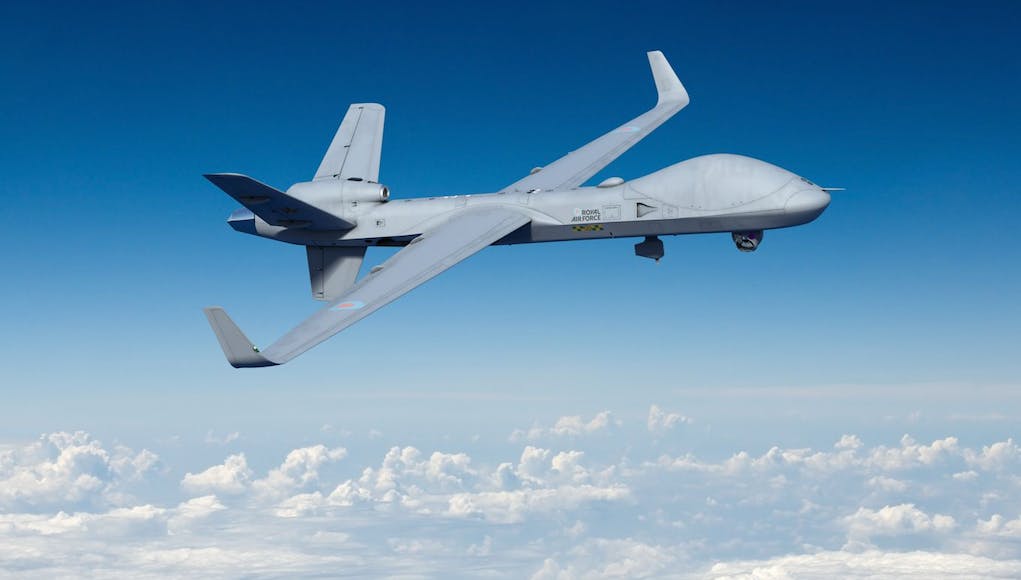 This summer personnel at RAF Waddington will receive a glimpse of the future when a SkyGuardian aircraft, a pre-production example of the new Protector Remotely Piloted Aircraft System (RPAS), will operate from the Lincolnshire station.

According to the Royal Air Force here, operating in the UK will assist in the development of the revolutionary Detect and Avoid technology which will permit Protector to fly in all UK airspace safely.

“It will also allow the RAF to refine the requirements needed to fully integrate Protector operations into Waddington where the RPAS will operate alongside the based fixed wing aircraft. The aircraft at Waddington this summer will be operated by the manufacturer, General Atomics-Aeronautical Systems. Known as SkyGuardian, it will participate in Joint Warrior, a multi-national large-scale military exercise in addition to undertaking a series of capability demonstrations to partners and allies.

It will be the first RPAS to be designed, built and Certified against stringent NATO and UK Safety Certification standards equivalent to manned aircraft.

SkyGuardian will arrive at RAF Waddington in July.

With Sentinel going and the Wedgetails destined for Lossi glad something else is moving in. The RPAS squadrons are already there but not the aircraft.

Does it have to replace the reaper rather than compliment it? Not sure why we can’t have both if they are low maintenance and you don’t need to keep training pilots to operate them.

Its down to cost and obsolescence of the reaper. Added to that is the certification requirement for flying in controlled airspace in the UK. From a cost and capability perspective it does not make sense to operate 2 platforms which perform the same function if one has elements which are becoming obsolete and thus making them more difficult to maintain.