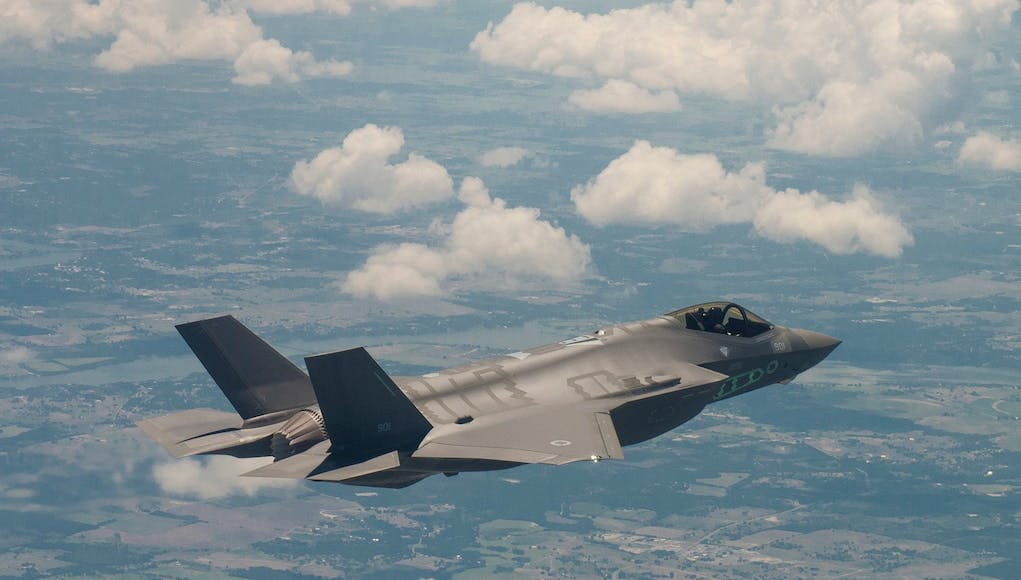 Work to produce air vehicle spares and endurance spares for Israel has started in F-35 production facilities in the United States and United Kingdom.

According to a recently posted contract notice, Lockheed Martin was awarded $14m for ‘the procurement of initial air vehicle spares to include endurance spares packages to coincide with F-35 air vehicle deliveries in support of the government of Israel’.

Israel is currently building the infrastructure needed to accommodate F-35s, including hardened aircraft shelters, underground pens, and maintenance facilities. In addition, the IAF has ordered 30 M-346 trainer jets to train F-35 pilots. Construction of a manufacturing facility to produce wings under license for the F-35 was completed by mid-2014. The site is to produce a total of 811 wing pairs. Initial orders for the F-35 will be for 20 planes, with a total of 75 intended.

The first customized F-35I test platform is expected to be delivered to Israel by 2020. Former Israel Air Force chief Maj.-Gen Amir Eshel has called the F-35 “game changing” saying that Israel gathered new intelligence during a single flight by the F-35 early 2017 that other reconnaissance and intelligence gathering systems would take weeks to gather. The IAF declared the first batch of F-35s operational in December 2017.

Is that a typo? So Israel orders 20 F-35s with a possible 75 in total and gets to build wings for 811 aircraft? That is like Italy ordering 131, getting the only non US FACO / MRO & U facility before reducing the order to 90

Somewhere the UK missed a trick by being the sole Tier One Partner ….

Chris,
I think that:
“Construction of a manufacturing facility to produce wings under license for the F-35 was completed by mid-2014. The site is to produce a total of 811 wing pairs.”

Should have begone on a new paragraph. As the Notice of work (Above) makes no mention of an Israeli production facility.

farouk, I thought that as well at first but it appears that they actually are manufacturing wings for the F-35A variant… http://www.iaf.org.il/4414-43509-en/IAF.aspx I was under the impression that it was just the US and the UK that were involved in production at that scale. Without checking though, at 811 pairs I assume this doesn’t cover anywhere near the full number of eventual orders for the A variant, so I imagine that another, larger manufacturing site will exist somewhere else in the US. From what I can see, it seems that the Israelis have been manufacturing F-15 and F-16 wings at… Read more »

Ross,Chris
I stand corrected, a quick butchers find that you both are indeed correct, allow me to take back the above.

Boeing to replace Huey helicopters with Americanised AW139 in $2.4b contract

RAF to step up air strikes against Islamic State