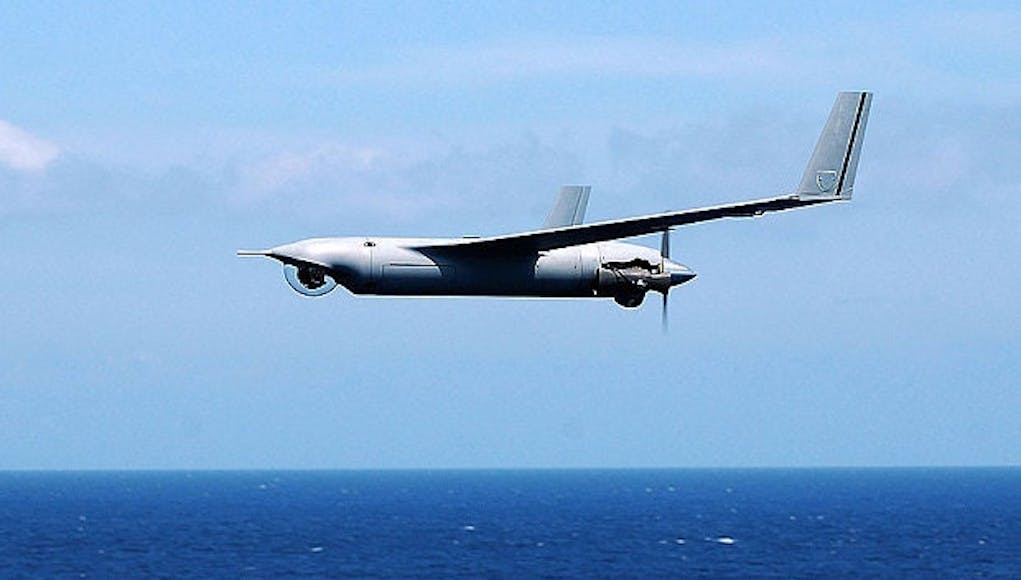 HMS Richmond has successfully used her ScanEagle unmanned aerial vehicle to locate and monitor smugglers and relay information to task force commanders. The frigate and her international counterparts in Combined Task Force 150, intercepted the six smuggler boats as the vessels headed for Tanzania.

The fleet seized nearly a tonne of heroin. Based on UK current wholesale value of heroin, the seizure has a potential price tag of£98m as an estimated street value.

ScanEagle is a small unmanned air vehicle developed by Insitu and Boeing. ScanEagle has a range of 1,500km and an endurance of more than 28 hours. The aircraft carries a stabilised electro-optical and/or IR camera on a lightweight inertial stabilised turret system, and an integrated communications system. Each ScanEagle system costs US$3.2 million.

Commander Mark Anderson had this to say:

Richmond has played her part in disrupting the narcotics supply routes via Africa into Europe and the UK, working with France, Australia, New Zealand and Tanzanian authorities