The First Minister of Scotland has inexplicably stated that the international tendering for auxiliary vessel contracts is a betrayal for the Clyde, despite the yards having no interest in them, having never been promised them and the fact the vessels couldn’t physically fit on the slipway.

“That work should be on the Clyde, I argue that that work was promised to the Clyde and should definitely go to the Clyde. We should be very clear. What we are now seeing develop around that work and the future of the shipyards is nothing short of a blatant betrayal of Scottish shipyards. During the referendum, promises were made to those shipyards by the Tories, and indeed, by all the unionist parties—the shipyards were told of promises of work for years to come.

The unionist parties specifically said that, if Scotland became independent, it would not be able to secure that work for the Clyde, because contracts could not go to “foreign countries. It is an absolute betrayal and I hope that we will hear all parties across the parliament stand up for shipbuilding on the Clyde.”

Sturgeon said the move was an “absolute betrayal” in light of promises made in the run-up to 2014’s independence vote. In fact, what was “promised” before the referendum was work on complex warships, like frigates and destroyers. There are three key problems with this:

Many, including some who work at the yards, have been surprised by these claims too:

having jut done a poll of those within ear shot of my desk, where we build complex warships on the clyde…not one person is outraged by ships we did not want, not being given to us. we are busy enough already thank you very much (this is my opinion and not that of my employer)

They were never promised. The promise was for 13 type 26’s and a frigate factory. That promise has been broken (5 T26 replaced with 5 T31, and no frigate factory) if you want to complain that the Scottish have been betrayed, focus on those, not the MARS ships.

When a friend of mine worked at BAE in Scotstoun he was tasked with carrying out the maths that showed that on launch HMS Diamond would not ram into @intuBraehead. On the day she stopped short by 6 inches. Current RFA Solid Support ships are 30m longer than Diamond. FYI.

We spoke to a contact at the yard who told us:

“This is the second time this news has popped up and I have no idea why the government in Edinburgh are making these claims, these vessels were not promised to us and they’re not warships. We’re busy with the last batch of River class ships and the first batch of the City class ships. If I had one message for them, it would be to stop using us a political football, we’re sick of it.”

Sorry, There was no “promise” on non-complex military ships (which can’t be made on the Upper Clyde anyway, no room). I can see why unions continue to be miffed but we’re confusing apples and oranges here.

The MARS Solid Support Ships are not complex warships and as such, according to the National Shipbuilding Strategy, can be tendered overseas. According to the document, there are three tenets regarding UK shipbuilding policy that impact on the build location of contracts:

Even an SNP produced “Fact check” seems to conflate these auxilliary vessels with warships when discussing orders on the Clyde.

“Now, the order for the additional general purpose frigates could go elsewhere too. In fact, a new £1 billion order for three Royal Fleet Auxiliary ships is already going out to full international tender. This is despite UK government claims in 2012 that, “No British warship has been built in a foreign country for the last 50 years and we do not intend to start doing that now.”

Up to a point. No pointed out the RN has never built fighting ships in “foreign” yards. Yes said ‘Look at RN tankers built in Korea!’ No replied, ‘Those aren’t fighting ships’. Yes: ‘So you’re saying there’s a chance that work would come to the Clyde?’ No.

These are not warships, they were never promised to the Clyde and the Clyde can’t build them. What is happening however, where the real outrage should be, is that the unions are advocating that the build stay in the UK, not that it be done on the Clyde and this is something we agree with. There are strong arguments to build these ships in the UK.

“The Royal Fleet Auxiliary contracts are the key to unlocking the country’s massive shipbuilding potential. But Ministers refusal to put the UK’s interests first will mean that instead of a massive programme of shared economic and employment re-distribution, our firms will be competing against each other for slivers of complex warship work. It beggars belief that the Government wants to give this golden opportunity away to foreign competitors when working class communities up and down the country are crying out for decent work.”

Unions are demanding the vessels are built in the UK, as seeking an international tender “undermines the national interest” however none of them are advocating for the 40,000 tonne support vessels be built on the Clyde which is expected to be at capacity until into the 2030’s, long after the date the vessels will be required.

The Strategic Defence and Security Review 2015 confirmed that three new large Military Afloat Reach and Sustainability (MARS) Solid Support Ships would be acquired for the Royal Fleet Auxiliary, to replace the single-hulled RFA Fort Victoria, which entered service in 1994, and RFA Fort Rosalie and RFA Fort Austin (both dating from the late 1970s). The Solid Support Ship is designed to carry a wide range of stores to support other ships with ammunition, food and explosives to replenish naval ships at sea.

They will have extensive aviation facilities, with 2 flight decks, one at the stern and one spot on top of the hanger. They will have the ability to to replenish at sea via 6 replenishment stations, three on each side as well as using helicopters for vertical replenishment. 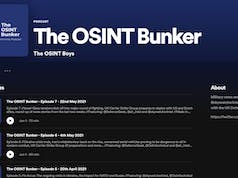 What matters is that they’re built in Britain, not just in a few select ship yards in Northern Britain.

The defence companies and ship yards need to work together to form a consortium to offer the Government a capable and winning bid to have these vessels built in the UK.

Nigel Collins
Reply to  A. Smith

Scottish First Minister claims support ship work not going to the Clyde is ‘betrayal’, despite vessels not being physically able to fit – PARAMUSESA

Is someone going to actually contradict that woman apart from on UKDJ so Scottish people can understand the situation?

She is misrepresenting things for political gain.

The Trump effect. A weakening of our democracy.

Sturgeon was doing this sort of thing long before Trump got into politics!

The Mayor of Scotland never misses a chance to stir up trouble..

A woman who lost her majority last time out, lost most of her MPs and represents a population smaller than Yourkshire & Humber. She is a glorified Chief Executive of not a lot. And yet manages to create a £15 Bn a year deficit for the rest of the UK (for which read England). We pay less for the EU and we voted out of that. Sadly the BBC and the Guardian (et al) give this g*bsh*te air time and therefore the oxygen to make these outrageous and grossly misleading statements. Or should I say liar? Sadly the Scots seem… Read more »

Weren’t parts of the carriers built in Scotland? Is there no case for pooling and sharing the RFA work?

Point 1) first of all the Clyde yard has to actually bid for the support ship contract. Unless they put in a competitive bid they will definetly not be getting the work
Point 2) this is usual SNP bull in that they claim betrayal whilst damn well knowing they are getting a better deal out of UK tax payers than anyone else in the country.

All politicians spin but it’s rare they flat out lie.

For the first minister to do so very blatantly shames the office and herself.

(Chris H) Ian – the stupid woman has no shame let alone self respect so she has zero respect for the truth let alone anyone else in the UK.

Never let facts get in the way of a good rant

(Chris H) David – so what facts have I ignored about Sturgeon?

You have to hand it to Scotland, they know how to build a warship. It’s in their blood!
http://www.bbc.co.uk/news/uk-scotland-north-east-orkney-shetland-43838985

I’m Scottish and Appreciate all the work in the Clyde but The woman hurts my brain and looks for any attention without looking at the facts or workload on the Clyde. The rest of England’s shipyards should hopefully get this contract as Scotland has had its share for now.

Nicola Sturgeon’s either a liar or thick. Not that much of a surprise, really.

I am often staggered by the SNP, but this takes the biscuit. They. Could have ensured pressure was placed upon the “Westminster’ Govt (as they like to call our country’s govt by providing subsidy or support to BAE in building its Frigate factory on the Clyde. They did nothing. They could support fans lane instead of wanting to close it They did nothing And as for Lossiemouth – which is receiving massive investment – they are also silent. I have a lot of respect for Dads Army, but the party he supports isn’t a friend of the military or our… Read more »

Paceman said it all really. Nothing else from me.

Hopefully the ‘frigate factory’ will deliver Ships the RN can use for something other than to defend Pompey dockyard. The fact is we get better value for money overseas with the bonus of delivering on time and fit for purpose.

As usual Mrs Sturgeon doesnt let facts get in the way of a good rant Shes about as genuine as a 3 quid note. Her blind followers will of course suck it up as another slight from South of the border

(Chris H) peter – this woman could write anything as long as it had the trigger words words ‘TOREEES’ and ‘WESTMINSTER’ in it and the Nats would believe her….

Politicians using this as a political football again. Scotstoun does not have the slipways, but the BAE run Govan does! It’s not the shipbuilders saying no for the most part, but BAE which is an aerospace company. Sturgeon knows full well that eu rules make the UK feel obliged to giving any taxpayer-funded projects ships abroad as snp did that themselves with the new Forth bridge and ship contracts without any regard to tax clawback and socio impacts. People must realise that this is not a UK government policy but a eu and world governance policy eu signed up to.… Read more » 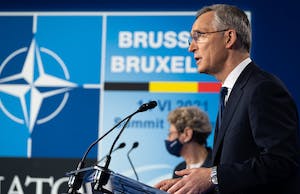