With the recent news that Rosyth will build a warship for Ukraine, the total number of warships being built in Scottish shipyards between 2015 to 2035 now stands at 24. 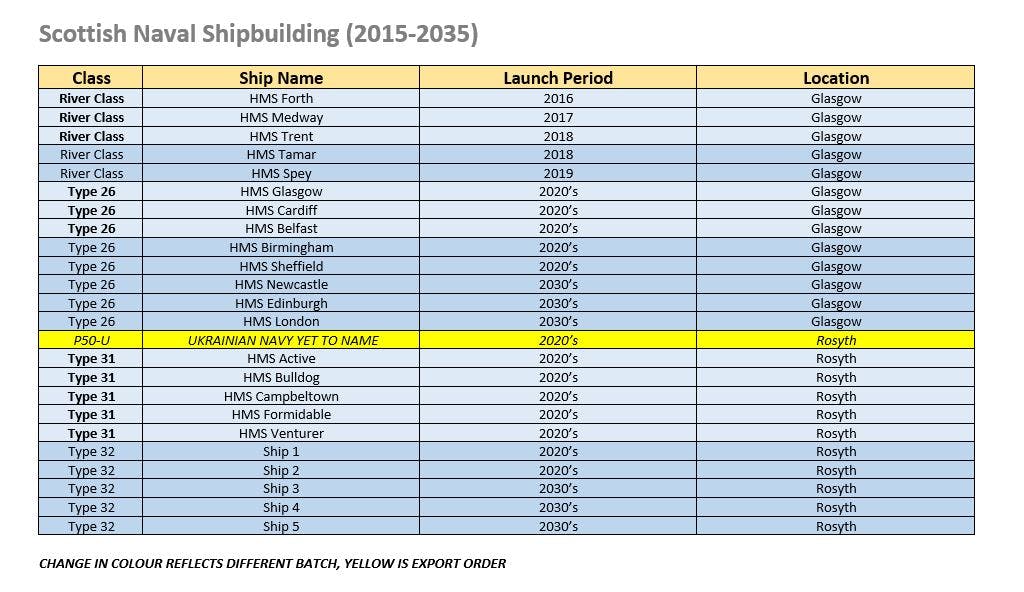 You can read more by clicking below. 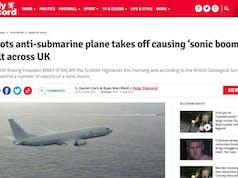 And there’s already tweets going “nut tru contracts for 26 b2 frigates not signed yet” being posted I bet.

Rosyth may not get the chance to build ships for Ukraine if USSR invade ,hope it doesn’t happen but not looking good .😕

After what there did to us in 2018 why should we do anything for USSR,but do think we should keep out of this one .

Seriously, the cheek of them! Why don’t they just stop their invasion and go back home!!!

I mean the USSR doesn’t exist so that’s not likely to happen.

Sorry to repeat myself but if the T31/T32s are going to be such a bargain why not build a few more of them and get the fleet closer to thirty for them”30s”?! One to three more of each anyone? Especially for monitoring ASW activity, subs, undersea cables, offshore infrastructures. And re-jig the Army Wildcats for the RN.

Perhaps not politically a good idea as we are in the throes of Covid recovery?

cf the delays building battleships around 1930?

Richard B
Reply to  Quentin D63

The RN’s biggest problem for the last 7+ years has not been a lack of hulls (few though they are) but a lack of trained sailors to man what it has. Numbers have been slowly inching up in recent years – largely by robbing the Royal Marines headcount – but the decision to have both QEC carriers in service has swallowed all the gains. Adding just one T32 to the construction programme would need approval to recruit an extra 250-300 sailors or it would essentially be a harbour queen. Indeed if the next defence review – due 2015 – doesn’t… Read more »

Manning costs- and indeed availability of willing manpower to sail them.

Capability, even if the RN got that money it would be better spent increasing the capability of the ships we have, extra hulls that are FFBNW doesn’t increase the lethality of the RN as a whole.

Thanks for your replies. I find it hard to believe with the UK population of 65-70M that they can’t find additional personnel for the service’s and in these hard economic times. I don’t know if we’re ever going to get a consistent full fit out across the fleet, here’s hoping but extra ships, subs should mean more operational availability even with 1-2-3 more vessels. I agree it’s sensible and necessary to fully utilise what we’ve got first. On a separate note. I noticed a nice new image of the USN DDG(X) on news.usni.org (12 Jan) – I wonder if the… Read more »

The Iranians recently nicking one of our ships from under us demonstrates the folly of that line of thinking. The ships can be as individually whiz-bang as you like but a single ship can only ever be in one place at a time. If you are tasked with protecting hundreds of vessels in a waterway all they need to do is go for one you aren’t nearby to and they can be off and away with it before you can even reach them.

A depressingly small number, especially in light of so many hulls being under armed with the ‘equipped for but not with’ policy. Perhaps the only good thing to come out of the Ukrainian crisis is a realisation from our politicians that Cold War defence spending may need to return.

Of course of the Scots vote to leave in their next referendum I would expect all contracts to be null and void.

Permission to ask two slightly crazy questions… With the RN 4.5″/114mm Mod 1 mounts… would it be feasible to rebarrel these all to 5″? As it only a 1/2 inch variance. Could you then add a case (sabot?) to the current 4.5″ shell so that could also be fired from the new 5″/127mm guns being purchased? It would involve a lot of rework but the calibre difference is so minor it got me thinking about re-using the current gunnery system.
Apologies in advance if this is a ridiculous suggestion… Lol… and I haven’t been taking anything!