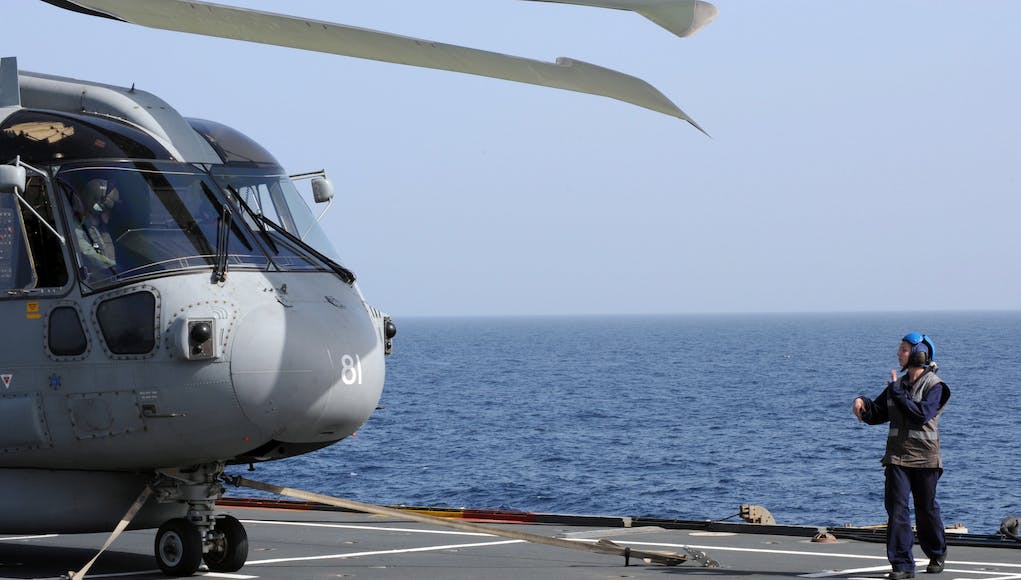 820 Naval Air Squadron is focused on providing the first aviation component for HMS Queen Elizabeth when she leaves Rosyth next year.

This opportunity has allowed the squadron to refresh and refocus whilst conducting remarinisation training as a single cohesive unit.

Part of the process was building on their resourcefulness and resilience by undertaking Adventurous Training (AT) at various sites around the Cornish coast.

The squadron have now embarked on board HMS Ocean and are set to return once again to the Middle East as its aviation component for the next six months.

“The Merlin Mk 2 is pivotal for delivering Carrier Strike capability, particularly for HMS Queen Elizabeth. Our time on Ocean will allow my team to become experts at working with a large ‘flat top’ warship.

Before deploying, we’ve taken an opportunity to re-brigade, regroup and focus on what’s important to make our time at sea safe and successful. It’s one thing to ensure your aircraft are serviceable and ready, however it is pivotal to prepare your people as well.”

820 NAS is embarking for a six month deployment on board HMS Ocean. The deployment, Joint Expeditionary Force (Maritime), will see it sail to the Middle East to join other units for a series of Maritime Operations and exercises.

The ship is also home to 900 personnel made up of the Command Element, a Company of Plymouth-based 42 Commando Royal Marines as well as 820 NAS aircrew and engineers.

“This deployment is a hugely important task for the Royal Navy, and for Defence, demonstrating our ability to deploy and operate worldwide, engaging closely with our allies and standing ready for whatever a deployment to an area of strategic interest to the UK can present.”