Home Analysis The UK in the Far East – The Relevance of the British... 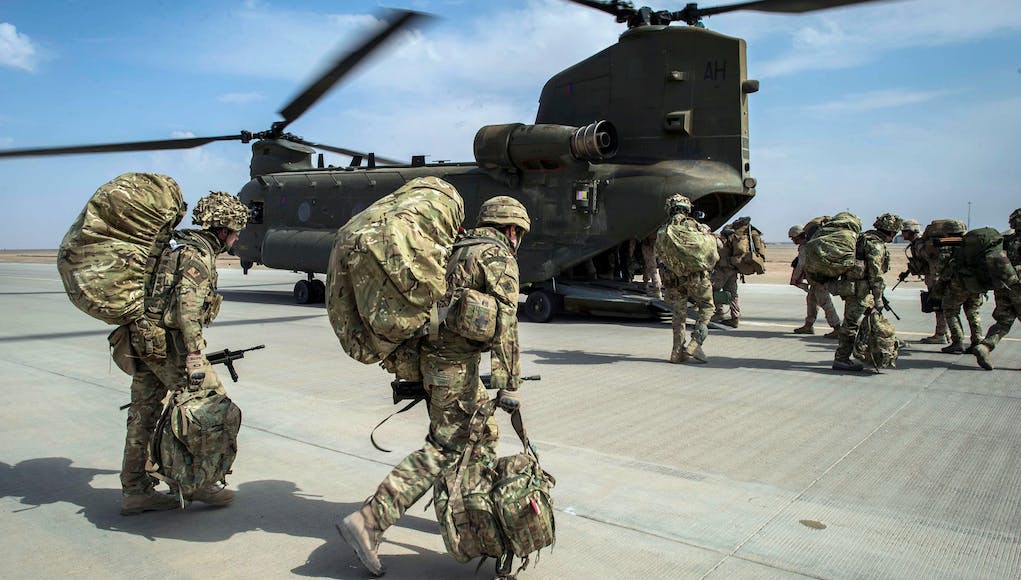 Britain’s last permanent foothold in the Far East plays an important role for British interests in the region amidst growing tensions over the South China Sea.

The relations between the United Kingdom and Brunei still strong even after the last gained its independence from Britain on 1 January 1984. On the same day signalling the future good relations towards the UK Brunei became the 49th member of the Commonwealth. Since the independence, British forces have been stationed there at the request of the current Sultan, in an agreement renewed at every five years.

The British taxpayer should not worry about the costs of upkeep. The Sultan, equipped with substantial revenues of Brunei’s gas and oil reserves, pays for the British military presence of about 1,000 soldiers in the country, thus demonstrating that Britain has been seen as one of the closest allies of the small and oil-rich country.

Spanning 2,226 square miles the relative small sovereign state located on the north coast of the island of Borneo is the home of the British Forces Brunei (BFB). Since the handover of Hong Kong in 1997, the garrison in Brunei is Britain’s last remaining military base in the Far East and has become one of the three bases “East of Suez”, alongside the new HMS Juffair in Bahrain, that is reported to be large enough to accommodate Type 45 Destroyers and Queen Elizabeth-class aircraft carriers, and Diego Garcia in the British Indian Ocean Territory strategically situated halfway between Tanzania and Indonesia.

The British military presence in Brunei is focused on a Light Infantry Battalion. This force compromises one of the two battalions of the Royal Gurkha Rifles. This battalion located in Brunei operates as the British Army’s acclimatised Far East reserve and when needed is available for overseas deployments with other elements of the British Army, Royal Navy and Royal Air Force as, for example, the Battalion has been deployed to places as far as Sierra Leone and East Timor.

The Infantry is supported by a small number of garrison troops who are permanently stationed in the country and provides all necessary logistic and administrative support. Besides, alongside the Royal Gurkha Rifles, a Bell 212 Helicopter Flight of the Army Air Corps operates as support and in training missions as part of the British Military Garrison Brunei.

According to the Ministry of Defence, “the climate of Brunei is well suited to jungle operations, and the Training Team Brunei run jungle warfare courses for all members of the British Army”. Therefore, the importance of the Training Team Brunei relies on the fact that it is the Army’s jungle warfare school running a variable number of courses, “ranging from Jungle Warfare Instructor Courses to long range patrolling and tracking” essential to enhance the military capabilities of the Army in operations overseas.

The great importance of the British Army presence in Brunei is that its geographic location puts Britain’s military reach far beyond the Suez Canal and enables better management of possible crises in the region. It’s relevant and crucial to British interests in having a reliable ally and a significant military outpost and related facilities in these times of growing tensions amidst the great powers and the countries of the region involved in the territorial disputes in the South China Sea. This issue has been a headache for almost every nation in this region in the last few years.

This growing tensions mixed with the strong relations between the UK and Brunei has made the Asian country to show great enthusiasm for the constant British military presence and indeed sees Britain as its biggest European ally to count on if necessities arise.

Thereby, Brunei is an important ally of the UK in the region and along with Malaysia and Singapore plays an extremely relevant role in support of the British forces in the area. Even more important is the friendly position of the Sultan towards successive British governments since the days of the British protectorate over Brunei seeing that the Sultan is the greatest authority in the country.

So despite the distance from Britain and apparent irrelevance in maintaining permanent forces in one relatively small nation, the commitments with Brunei play a larger part in determining the strength of the UK than it seems. This role occurs especially because of vast possibilities in training the British Forces in the jungle warfare and thus widening their range of action.

Another important point that makes it so relevant is the geographic position of Brunei, as Singapore once was back in the days of the Empire an important port for the Royal Navy and British merchants, the small country plays a similar role in what concerns to be the last British permanent outpost in the old Far East.

[…] Jungle Warfare School will likely see them linking up with forces from Britain’s Brunei garrison. Under longstanding defence arrangements, the British Army maintains a forward deployed Gurkha light infantry battalion along with […]