RUSI have published a paper outlining the role that littoral areas will have in the Future Operating Environment and the strategic requirements that will drive the development of the littoral strike concept.

The paper, which can be found here, argues that:

“As the Royal Navy and Royal Marines contemplate their future concepts for operating in littoral environments, they are faced with two seemingly divergent trends. On the one hand, the clustering of states’ economic assets and population centres in littoral areas will make the ability for the Joint Force to impact the littoral ever-more critical over the course of the coming decades. 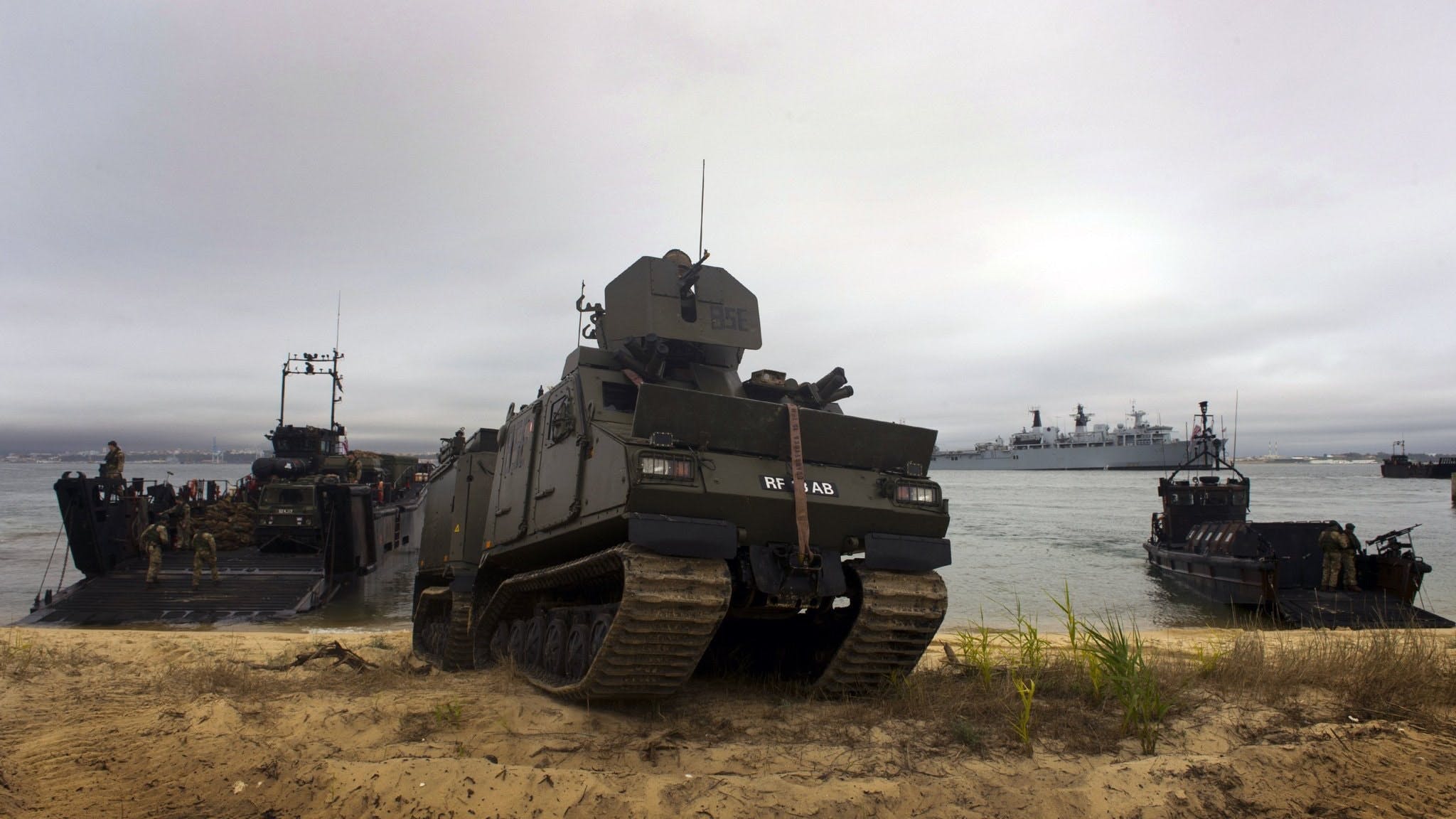 This is particularly true as the emphasis of interstate competition shifts from a 20th-century focus on total wars for maximal ends towards persistent competition punctuated by limited positional warfare. Seizing and holding critical areas in a short timeframe will be vital to securing a favourable negotiating position following conflicts that are – at least in terms of their high-intensity kinetic phase – limited in duration and strategic ends. This in turn will impact a state’s competitive position when combatants transition back to persistent sub-threshold competition. The clustering of vital economic infrastructure and countries’ demographic centres of gravity in littoral areas will make the ability to achieve sufficient control of key points in the contested littoral particularly salient in this form of limited aims warfare. 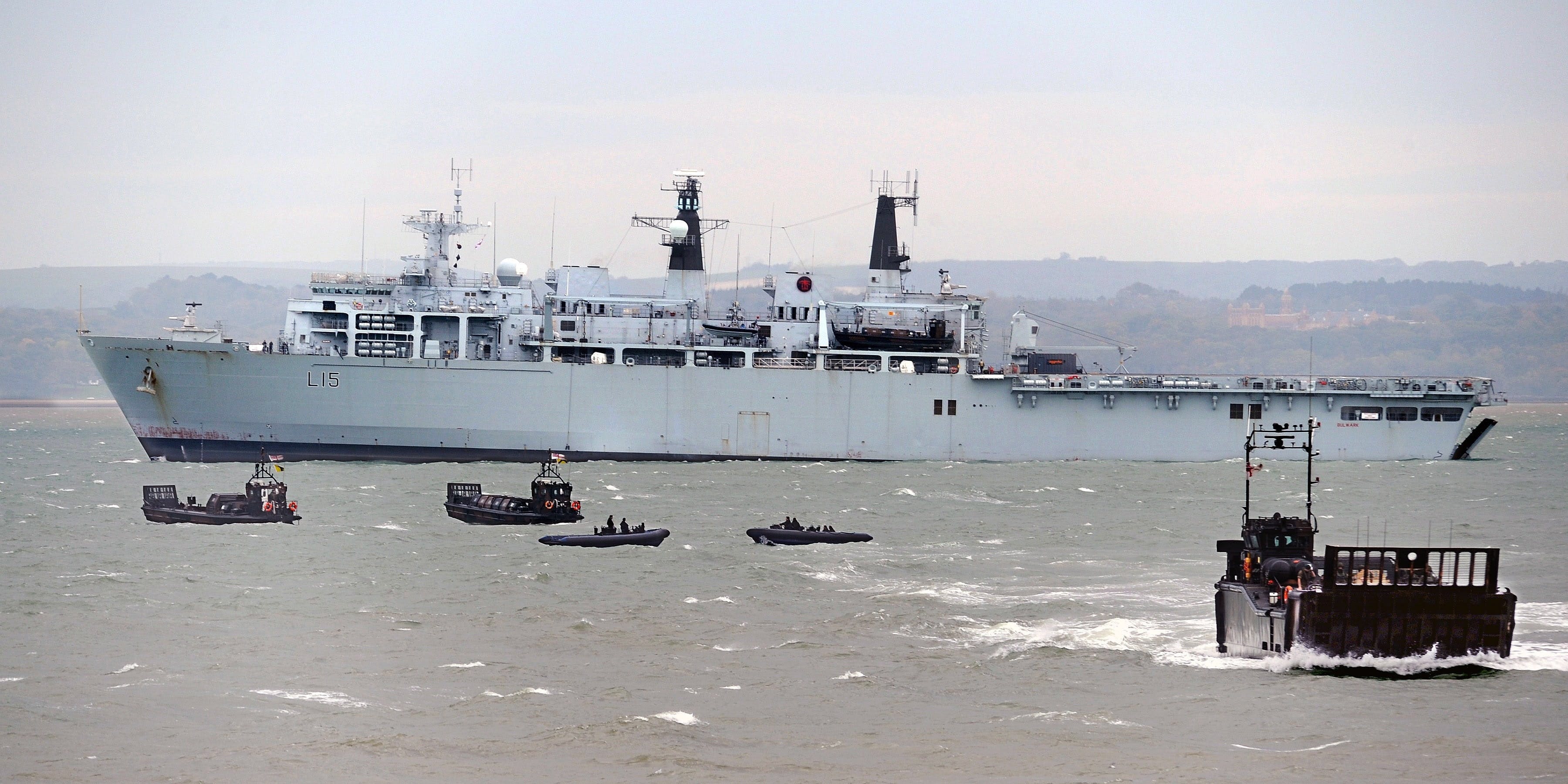 Simultaneously, however, the maturation of precision-strike capabilities and ISR systems that enable them, along with the proliferation of technology associated with the concept of anti-access area denial (A2AD), will make traditional amphibious assaults and ship-to-objective manoeuvres ever-more difficult. As such, the Joint Force needs to affect the littoral to prevail, but will find approaching the littoral increasingly perilous.”

To resolve this problem, this paper proposes a new concept of operations to serve as a baseline against which potential force structures supporting the littoral strike concept can be tested. The paper’s four central propositions are:

Let’s face it, this is the most likely action the UK will be involved with both in wartime and disaster relief. All that is required is stable budgeting from government, to ensure new ships get built and current vessels remain in service?

More than that. In short it’s saying the litorial is where it is at. That the sort of effect UK is capable of is the thing. But how it is done in the future can’t be how the UK has done it up until now. The LPD/LCU10/Merlin is probably not good enough, too vulnerable, too slow, too short ranged. Right idea but without change a potentially impotent capability.

Like your use of the term ‘In short’ as ’tis fill of doubletechspeak. One might describe the author as sesquipedalian, to adopt his own terminology!

My take on it is that more than the LPDs are needed. LPD for C3 and heavy, LSS for light, raiding, helicopters, RM, UKSF, and the LSDs supporting both.

Oh and a LPH ( fantasy land)

It’s not a case of removing LPD altogether for me.

Of course, we shall probably remove them, replace with the LSS, then find our C3 and capacity lacking.

LPDs are currently unsurpassed in their heavy lift and C4I capabilities in the RN. This is because of the purpose built and designed ops room that is specifically used to control Strike, Intel and Manoeuvre elements ashore. The room has 3 x Big Screens ( 12+ feet diagonal ) and individual control stations with comms (50+) for all elements of the landing and support forces. The actual ships ops room in comparison consist of half a dozen displays tucked away in the corner. LSS would be a good addition and provide well needed flex. Although the current LCVPs and LCUs… Read more »

In short. Keep the LPDs.

For now is probably the correct view. But the UK’s issue over time is going to be ship to shore. The LCUs and LCVPs are too slow and too short ranged. Same with Merlin, great helicopter now but it is always going to be slow and short ranged with a decent load. Working in a littoral in the presence of good area denial cability is increasingly going to need speed and range as time goes on. Same with LPDs if you’re asking them to operate as they do now, will become horribly vulnerable. Not saying LPDs should go, but how… Read more »

Anyone know what the dealio is with the new/proposed Littoral Strike Ships? An old mate of mine still in the Navy said it was still being quite seriously discussed and designed but there is precisely nothing official on progress or even continuation of the project in the press

Get them built, or converted.

Along with plenty of T31.

So it looks like it is under planning and development with the results of that investigation into the type of ships, their role and their strategy coming shortly (for anyone that doesn’t have time to read the whole article)

Besides new ships and missions, there’s a great deal of other planning and development underway as well. As the old status quo in defense alliances is changing quickly in front of our eyes, the framework for a new alliance is being developed for the future. Note this is being signed onboard the QE… I have always believed that there will emerge a multi polar global power structure that see a China dominated continental Asia, an EU dominated continental Europe (possibly loosely allied with Russia) and one centered on North America with the UK and Japan anchoring the Eastern and Western… Read more »

The question with Europe isn’t for me whether Germany ends up tied to Russia (and so China), which is a given, more which will France go? And which way will the other European states fall? I can’t see the Eastern Europe states falling back under Russia influence so easily. Poland is still buying gas from the US instead of buying closer to home because Russia. China is putting pressure on France to give up its influence in Africa. France ignored the world and kept her empire, will she ignore China? I can’t France getting away with it a second time?… Read more »

Our outside Europe defence capability should be centred on the carriers. A class of large, fast LPD to join with the carriers made more sense to me than this ‘Strike Carrier’ idea that they seem to be pushing and many on boards like this are buying. While the RAF has an ‘in’ with the carriers the Army, beyond aviation, offer nothing that the Royal Marines can’t do in small numbers. I am not sure about the dismantling of 3Cdo which is where we seem to be heading. To me it is more about reducing the size of the Corps more… Read more »

I love the look of the amphibious ships with their sterns low in the water.

For a look at the future. 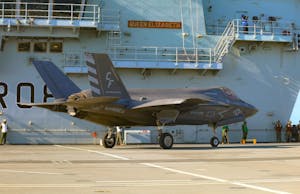