Home Russia Zapad 2017: Flashpoint of a new Cold War between West and Russia? 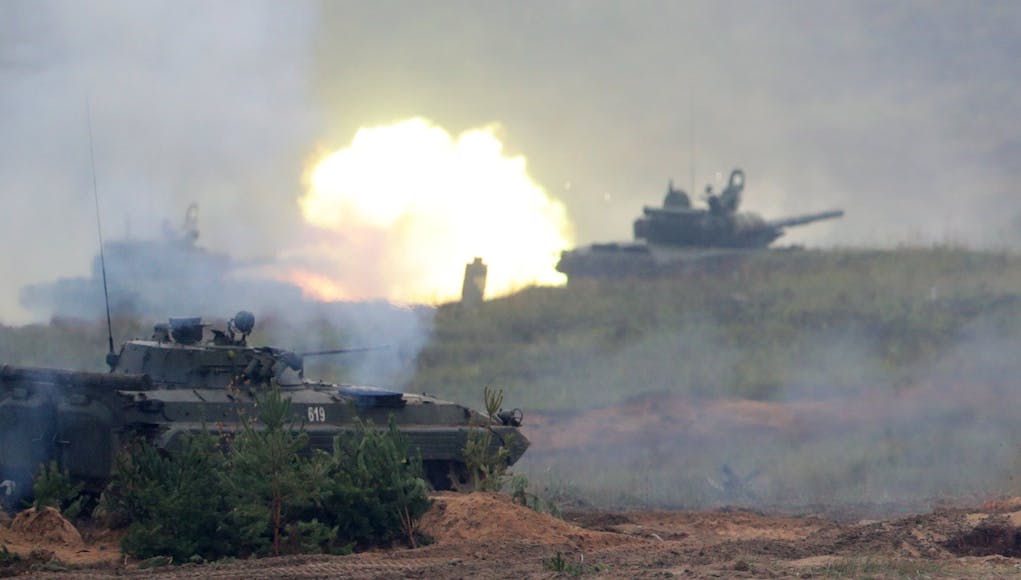 The latest Russian exercise named ‘Zapad 2017’ are symptomatic of a wider geopolitical conflict we are currently seeing in Europe.

The annexation of Crimea by Russia was a statement to the world, and Europe in particular, that Russia will act politically and militarily to expand its territorial base. Russia has also been heavily implicated in the insurgency going on in the breakaway Russian speaking self-proclaimed Republics within Ukraine. This geopolitical conflict can be considered a new Cold war between Russia and the West but it is not the form it has taken in the past.

In addition, this new Cold War is characteristic of changing allegiances, with Russia attempting to put pressure on Ukraine by its military manoeuvres this year which apparently according to the Western press involved 120,000 Russian troops and armoured divisions. However, this number was smaller but still potent and enough to strike fear in NATO and its Eastern flank in the Baltic.

To observers, it was to show off Russian military technological advances and its heavy armour and updated armoured personnel carriers to potential buyers and also to instil fear in adversaries. The military exercise was no doubt a success and the fictional state of ‘Veshnoriya’ was overwhelmed by superior Russian and Belorussian forces. This will probably add to further worry to whether this could be replicated with the Baltic States.

However, it is not just military manoeuvres which are the characteristics of this new asymmetric Cold War. This time it is based on economic and strategic pressures brought about by the West, NATO expansion and economic warfare in the form of sanctions. It should come as no shock that Russia’s economy has suffered as a result.

The Ukrainian situation has become a proxy war, in this new Cold War with both Russia and the West aiding and financing both sides. The various Ukrainian and Pro Russian militias are being financed by outside powers.

However, I fear that we will only see more antagonism as Russia attempts to demonstrate its capabilities and rise to a regional Great Power, and having an ‘Offensive’ Grand Strategy to achieve this. For Putin, on both a military and a strategic level, the status-quo in Europe is not acceptable. 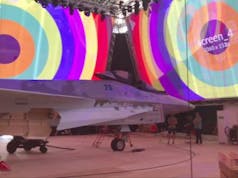 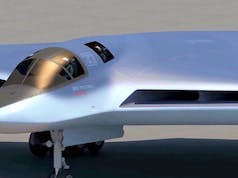 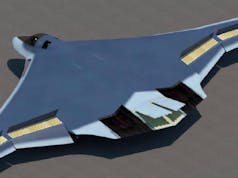 If proof were needed that there is a Russian agenda to place increasing pressure on Europe, especially when it’s concentrating on Brexit and a struggling German administration. We must be aware that at times when we possibly lack true diligence, is when we can expect increased Russian mischief. A perceived threat is every bit as destructive as conflict when applied in such a demonstrative way.

Im not a fan of the thug Putin but we need to be clear: the Georgian crisis was sparked by its bellicose president. The Ukrainian situation was precipitated by the EU and the US who encouraged and supported the revolution against the democratically elected russian leaning president of Ukraine: by sponsoring actual neo-nazi groups there. And elections in Crimea post annexation overwhelmingly support the current settlement. The problem is the EU and US thought they could use low grade social “warfare” against Russia and get away with it. Putin has swiftly put that idea to bed in the most extreme… Read more »

NATO creeping ever eastwards to the Belorussian border really is not helping.

The Russians were bled almost to death in 1941. They are forever paranoid afterwards, and, as usual, feel surrounded.

Agree, much of the protesting and actions seem to be just an excuse to expand EU influence.

There is one fundamental change in the equation now, compared to the days of NATO v Warsaw Pact. Russia has a population of 143 million. Germany and France alone have a bigger population of 147 million. Unless Russia can find extra manpower from somewhere, the prospect of Red divisons reaching the English Channel, even with all their modernisation, appear gone for the forseeable future.

There was a great TV programme called occupied that is really interesting and worrying in equal measure.

What happens if Russia bypasses Central Europe and heads straight for the UK or Scandinavian states.

I would recommend this programme to everyone (not just those who visit this site) it is chilling in how easy it is to actually isolate and take over a country with the right set of circumstances in play.

Occupied was based on the ridiculous notion that the EU would approve of a Russian invasion of Norway. The EU would never consider such a thing. All this hype about Russia is just that – hype! Russia is slipping into the abyss, its getting poorer by the minute and has just about exhausted most of its financial reserves. The fact is that all the USA and Europe needs to do is wait for the inevitable financial collapse of Russia. History repeats itself. In a conventional war Russia would not be a match for the west and the notion that the… Read more »

Never underestimate an enemy. I think, with our forces effectively reduced to cadre strengths throughout Europe, we’re far more fragile military than ever. Since 9/11 many governments have enacted laws that could reduce many nations to autocracies in short order. Big business & money loves stability & control & cares little for democratic principles. We could be played into a very dangerous world order very quickly. What if all those rich Gulf states came together aggressively at Europe? All that top notch hardware turned against us? The EU could morph into a controlling state even more than some think it… Read more »

A military exercise with 120k troops and armoured divisions that is larger than the whole British Army and its Reserve. I think we need to have a plan on how we would really feed into NATO and provide high value assets that can reinforce quickly. We are a smaller force of that there is no doubt, but we do need to be able to compete and win on Land, Air, Sea and Cyber fronts and at present I don’t think we can at the moment. Give Russia the credit it is due – it has totally re-invented and upgraded its… Read more »

The heartland of Russia is bordered to the East by the Ural mountains and the vastness stretching to China, and bordered to the West by the Caucasian mountains that stretch from Moldova to Poland. These natural boundaries contain what is called the North European Plain with Moscow right in the middle. It is the border that every Russian leader has tried to maintain. Unfortunately the Baltics, Poland, Belarus, Ukraine and Moldova are inside this border and the Russians will always want them back. As we don’t want a war the only thing we can do to stop them is supply… Read more »

The west has for so long run down its militaries that I wonder if we’re too small & fragile to stand up to a sudden, sustained attack from Russia & its allies. Our manpower & equipment are dangerously low. How long would it tale to train & equip enough forces to stop a Russian attack? Would we just fall like dominoes? Would our conventional frailty lead to an early use of nuclear & even in a limited tactical use, what would that do to the areas & populations affected? Are there any stocks of basic small arms for any beyond… Read more »

A sudden sustained attack to achieve what?

Russians are pissed off NATO and the EU are sniffing round what they see as their backyard.

NATO has a presence in Estonia, small, but a deterrent nevertheless.

He’s ruthless, but he’s not stupid.

I think when it comes to international relations Putin is pretty straight. He’s always been very direct about what Russia’s issues are and how to reduce tensions. He also continuously reaches out to try and reset relations but olive branches are hard to find.

Unfortunately egos are getting in the way and in the middle east and Korean peninsula it’s getting real which is feeding European mutual distrust.

Most of the troubles in Europe were unnecessary and once again there are forces pulling the world towards a very dangerous place.

NATO has not advanced to Russia’s border, that is a bit of oft-repeated propaganda by Putin. Rather, 9 former Soviet satellite nations in eastern Europe, having experienced 40+ years of Russian control, voted with their feet to join NATO the moment they were free to. Why should the Baltic Republics, Poland, Romania and Bulgaria, for instance, need to accept being neutral buffer-states, just because the 19th Century thought patterns in the Kremlin desire to have a ‘Russian sphere of influence’? Such spheres are long-gone, these democracies have chosen the West, NATO and EU over the autocratic and threatening modern Russia,… Read more »

Spheres of control long gone? Not in any way at all. Considering western aid to the Ukraine I would say their concerns quite valid from, their point of view. Also while I do believe these countries have the right to self-determine, tanks and bombs have never cared overmuch for democratic opinion. Russia also has a right to self determination and for better or worse they have chosen President Putin. Western Governments have constantly undermined the Russian state through support both financial and diplomatic to NGOs. Western Media outlets and Governments have been saying Russia interferes in elections, well they do,… Read more »

Agree Elliott. Western hypocrisy knows no ends. Like when Russia had nukes in Cuba and the US had them in Turkey? Putin is the big bad wolf for sending elderly prop driven planes our way and subs yet NATO does the same to Russia. RN and US ssn’s snoop in the waters off Murmansk and US Sigint aircraft fly on Russia’s periphery. A not well known example was the US objection to the Soviet BMEWS type radar at Krasnoyarsk. The terms of the ABM treaty stated such radar had to be in the periphery of a nation’s border and facing… Read more » 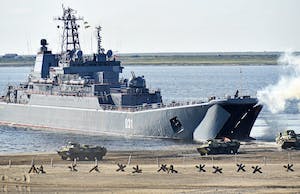