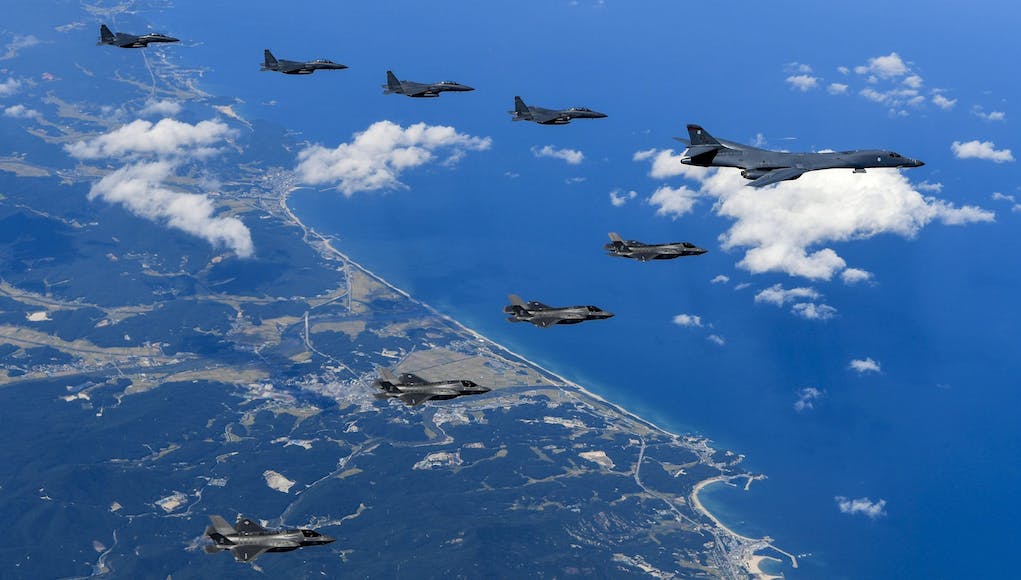 US Air Force and Marine Corps aircraft joined Japanese and South Korean military aircraft in response to the launch by North Korea of an intermediate range ballistic missile over Japan.

US and South Korean aircraft flew across the Korean Peninsula and practiced their attack capabilities by releasing live weapons at the Pilsung Range training area.

The F-35B fighters, B-1B bombers and Japanese F-2s flew together over waters near Kyushu, Japan.

According to the US Department of Defense:

“Pacific Command maintains the ability to respond to any threat in the Indo-Asia-Pacific theatre at a moment’s notice, Pacom officials said in announcing the show of force flights.”

State media on Saturday quoted Kim as saying that North Korea’s final goal “is to establish the equilibrium of real force with the US and make the US rulers dare not talk about military option” for the North. 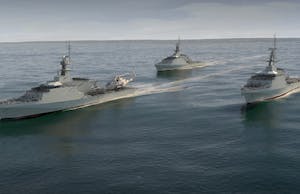