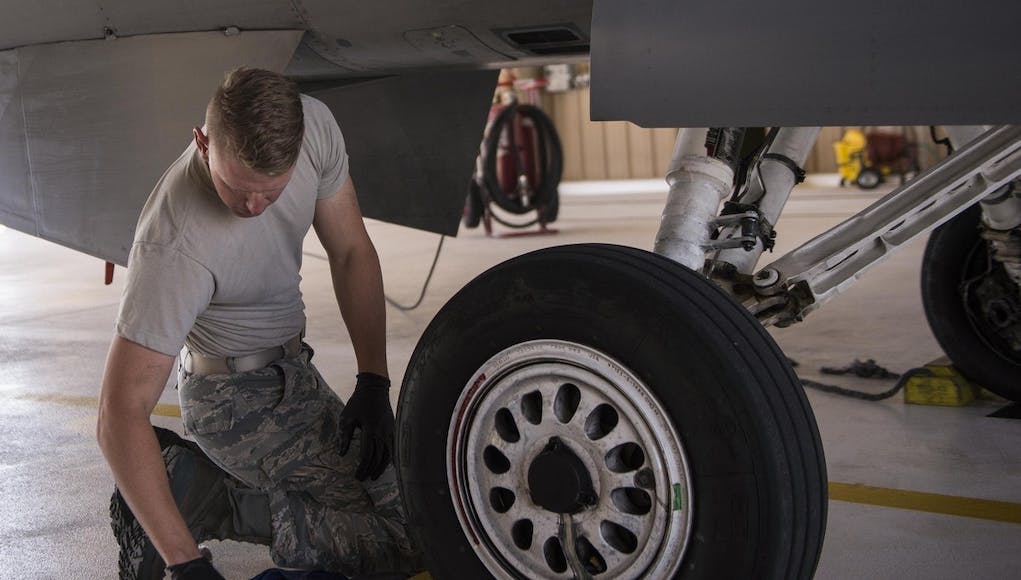 Meggitt PLC is to supply $323m worth of wheels, brakes and other parts to the US military.

The company, known for specialising in high performance components and sub-systems for the aerospace, defence and energy markets, has been awarded a five year Indefinite Demand/Indefinite Quantity agreement with US Defence Logistics Agency to supply wheels, brakes and related spare parts.

The contract, worth $323m over the life of the award, covers the supply of depot-level spares for a number of defence platforms including F-16 Falcon, H-60 Blackhawk and CH-47 Chinook.

“This award demonstrates the trust and confidence that our customers have in our employee’s expertise, products and services. We look forward to working in partnership with the U.S. Defence Logistics Agency.”

The company say that the contract includes a further five year option period and replaces a prior five year IDIQ agreement which expired on 30 September 2018.

Recently, Meggitt also signed a long term agreement with Pratt & Whitney to continue the supply of advanced composite components for the F119 and F135 engines which power the F-22 Raptor and F-35 Lightning aircraft.

The work will be performed in San Diego in the US over a 10 year period.

The 10 year agreement is valued at around $750 million and extends Meggitt’s existing relationship with Pratt & Whitney in the supply of advanced engine composites for military and civil engine applications, say the firm.

“Meggitt is delighted to be working with Pratt & Whitney through this ground-breaking 10 year agreement in support of the F135 and F119 engine programmes.

These components will be produced in our new state-of-the-art facility in San Diego, California which opened in August 2018 to support the rapid growth in demand for advanced engine composite components across the aerospace industry.”

“We are proud to sign this agreement with Meggitt. Meggitt is a critical supplier for our fourth and fifth generation fighter engine programmes, and we value the long standing relationship.”

There are upgrades in the pipeline for the F135 engine and although no service has issued a requirement for an upgraded engine, Pratt and Whitney is cooperating with the US Navy on a two-block improvement plan for the F135 engine.

The goals of Block 1 are a 7-10% increase in thrust and a 5-7% lower fuel burn. The plans include better cooling technology for turbine blades; this would increase the longevity of the engine and substantially reduce maintenance costs.

June 19, 2021
HMS Queen Elizabeth's F-35 jets are going into action against Islamic State forces and will strike targets in Iraq and Syria.