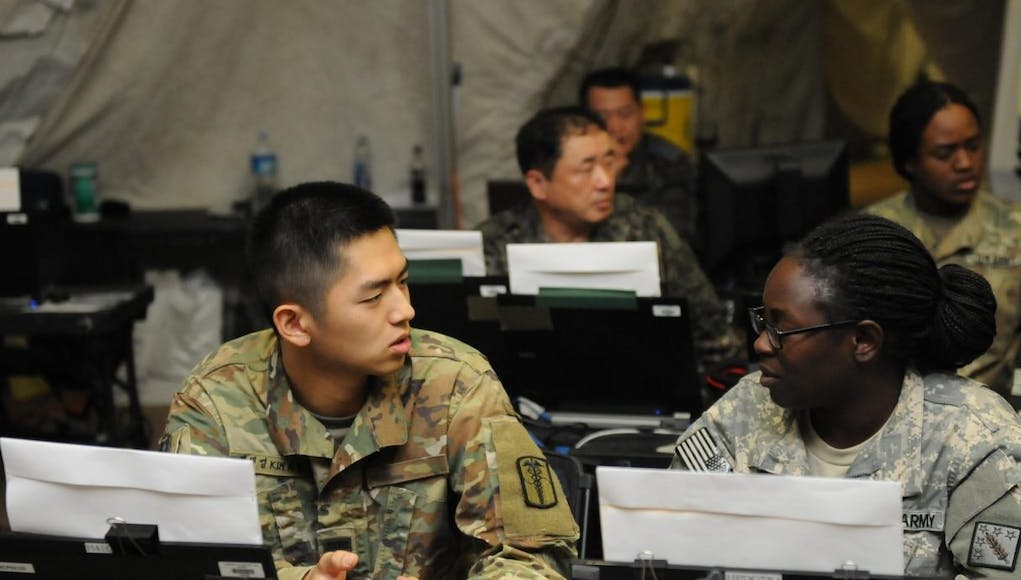 A joint simulated defensive exercise kicked off today, meant to strengthen joint efforts for the defence of South Korea, US Defence Secretary Jim Mattis has said.

Exercise Ulchi Freedom Guardian, which runs to August 31st, is focusing on command post operations for the integration of efforts, Mattis told reporters travelling with him while en route to Jordan on the first leg of an overseas trip.

“This right now is an exercise to make certain that we’re ready to defend South Korea and our allies over there,” he said, adding that “because of the specific circumstance, we want it to be a command post-heavy, command post exercise.”

The exercise is defensive in nature, Mattis said, noting that joint exercises have been going on for decades. The exercise operates transparently and is carefully planned out to prevent any misinterpretation on what is occurring, he said.

“It’s calculated to not allow for miscalculation,” he added. The number of troops involved is because of the focus of this year’s exercise — command and control — and not in response to any factor from North Korea, he explained.

About 17,500 U.S. service members will participate, with about 3,000 coming from installations outside South Korea.

They will join military forces from major South Korean units representing all services, as well as South Korean government participants.

Neutral Nations Supervisory Commission observers will monitor the exercise to ensure it complies with the 1953 armistice agreement, officials said.

The UK is sending around 30 servicemen and women.

Fair enough, need to be ready for anything.

Question, it’s well documented that the Korean war technically insnt over, there is only a ceasefire. Thid si commonly brought up with the US and Korea. However does that extend to UN nations like the UK?