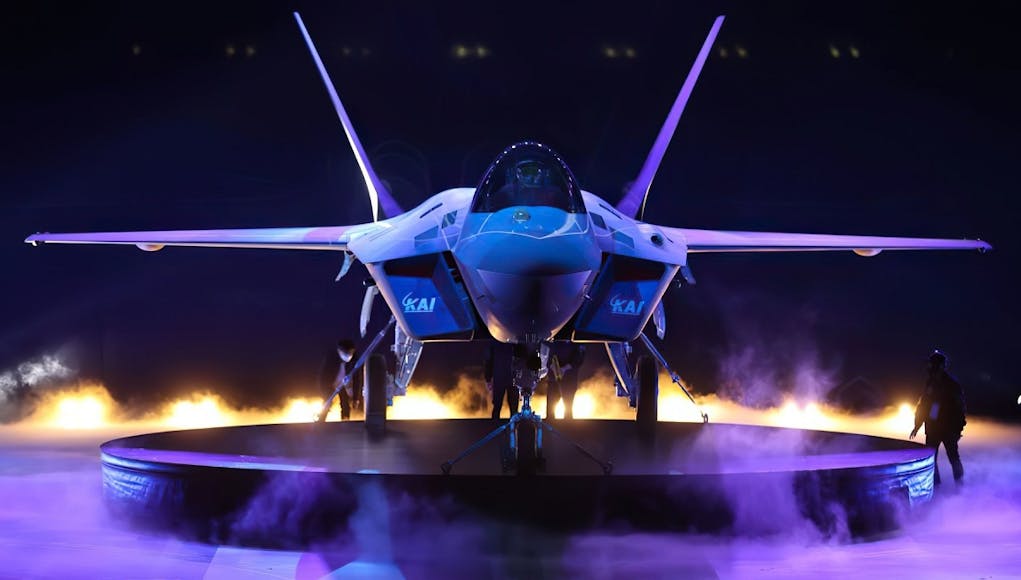 The programme is led by the South Korean Government, which holds 60% of shares. Indonesia joined in 2010 for 20%, and the remaining 20% is held by private partners including manufacturer Korean Aerospace Industries.

The jet, developed by Korea Aerospace Industries as part of a $7.9 billion project, the country’s most expensive military project to date, is scheduled to fly for the first time in 2022 and should be ready for action within the decade.

How was ‘Boramae’ chosen as the nickname for KF-21 Korean Fighter, and what does it mean?

According to their facebook page, the Republic of Korea Air Force held an internal vote to decide on the nickname of the KF-21 based on submissions made by the people.

“The ROKAF did the same with other types of aircraft it acquired, with some of the latest examples being the F-35A “Freedom Knight” and KC-330 “Cygnus.” The name ‘Boramae’ was ultimately chosen as the official nickname of the KF-21.

In context of the ROKAF, the term Boramae has been used in various applications since its founding. Several service songs have the term Boramae in their titles, and cadets & recruits are also referred to as such. The popular Boramae Parks in Seoul and Daejon were also named as such due to the fact they were renovated from old Air Force bases. In short, Boramae refers to a young, specially-trained fighting hawk and is a term that captures the spirit and history of the ROKAF.”

Comparable to the F18 Super Hornet in many ways, or so I read somewhere. Looks just a little tiny weeny bit like the F35 but I’m not sure anyone will notice……….. Just off to get my Hard Hat on, ready for Incoming !!!! 🙂

Bloody hell, the South Koreans still have Phantoms in service….

Everything is good against the north korea and its MIG17/21

Japan just paid off their last F4 squadrons. The paint jobs applied to those Japanese F4s are worth the search on the ‘tinter web net to see.
A good mate of mine who also works out this way is a former RAF WO who cut his teeth on Phantoms in RAF(G) He loves them and still gets all giddy when he sees them. Big Kid!

To be it looks like the a Mini F-22. Great looking aircraft though

I look and see F35 myself with the frontal shot.

Korean Aerospace Industries were partnered with Lockheed Martin (LM) in designing and developing the aircraft. Which is probably why there is a lot of F22/35 influence in the overall design. As part of the contract, LM agreed a technology transfer, but this did not include key technologies such as the radar. It remains to be seen, if radar absorbent materials were part of the deal, which I doubt. Regardless, the design uses similar shaping techniques to the other LM products, so in a clean configuration will still have a much lower RCS than say a Typhoon or Rafale. The aircraft… Read more »

i have read somewhere that the kf 21’s designers have said that it is not stealthy at all so stealth comparable to the typhoon or rafeale.

While it might not be Full Stealth,with no Tech or Special Coatings the Airframe is certainly Shaped with Stealth in mind – id call it a Gen 4 and 3/4 rather than a 4.5

the designers did say later upgrade could include stealth feature and internal weapons bay. for now this could take on any su or MiG the north throws at them. Who knows it maybe stealth and we don’t know it. but that’s quite unlikely.

Probably because the AIM-260 (under LM development) isn’t available yet.

Production work started in 2019 and the first of six planned prototypes rolled out in 2021. Hats off to them! Impressive stuff! Hopefully, we will see the final design of Tempest rolled out by 2026/27? This was interesting, I wonder what the final weight will be? and of course speed? “Rolls-Royce is also working on composite materials and additive manufacturing techniques which are set to allow for the use of lighter, denser components that can withstand higher temperatures than current components.” “A Request For Information (RFI) issued to the UK Ministry of Defence (MOD) has revealed that the Royal Navy is seeking information on… Read more »

Surprising they went through the effort of having a steath airframe but no internal weapons bays. Would it have been worth going for a single engine if it meant freeing up space to store missiles internally.

I see an F35 without internal weapons bays which are the key to Stealth……..

If its potential adversary, ie the communists have third rate radar it will not be such an issue. A 1950’s 60’s Mig and their ground-based AA would have trouble coping. Pantsir is a prime example of a good system let down by underperforming radar. Even S400/300 have not detected every “incursion” into Syrian airspace. Given what we read about N. Korea their tech is old, and “Harm” is very effective against ground-based radars. Also, I would guess South Korea will look to export to other countries and their price will be pitched accordingly. Not every country needs F35 levels of… Read more »

Hi Paul, I wonder if they’re ever going to try for a twin F35, maybe with different engines? Lots of navies have twin jets, would be good to increase the internal/ external payload and range of the F35. A twin F35-B would be something!

A significant military power in its region of operations.
Size isn’t everything…its how you use and apply it that counts.
Especially globally as there are fewer than a handful of Navies capable of doing global operations and supporting those operations to a significant level.

But then the RKAF is sculpted specifically for its purpose which is to counter a local existential threat. South Korea would be unwise to spend any of its defence budget on anything other that regional power when faced with the type of enemy it does.

I think when your neighbors are NK, China and Russia you don’t need to focus too much out of your region.

It comes with a comprehensive 7 year warranty to boot!