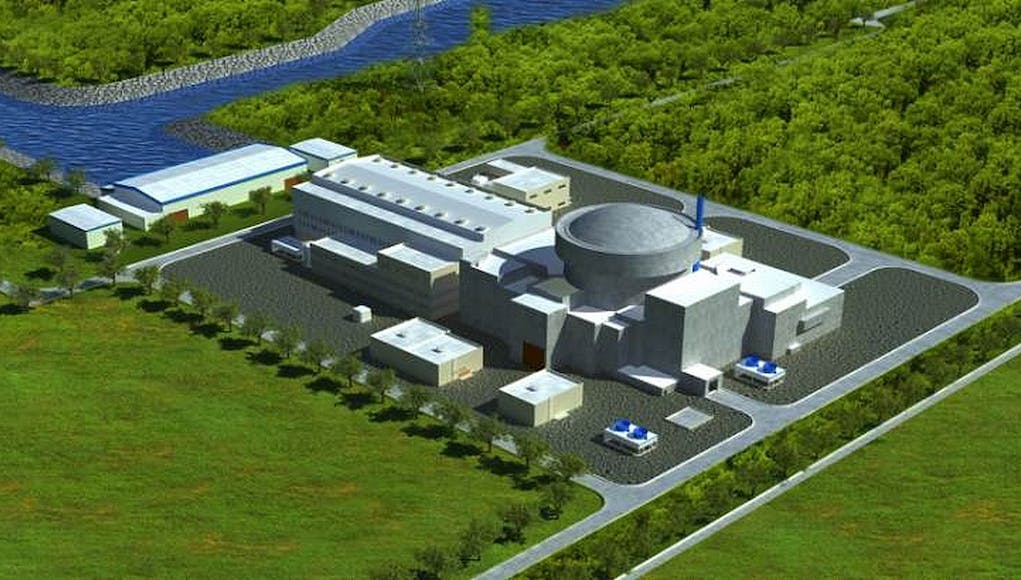 As part of the contract, Rolls-Royce say they will provide a complete system using the Spinline digital technology, including ex-core neutron detectors, cables and connections and associated electronic systems, to Zhangzhou 1 and Zhangzhou 2, both of which use the Hualong One (HPR1000) reactor design.

“The system will be designed, manufactured, tested by Rolls-Royce I&C teams based in Grenoble, France. The on-site installation and commissioning will be performed by CNNC, under the supervision of Rolls-Royce I&C teams. The Neutron Flux Monitoring System is a key system for the safety and availability of nuclear reactors, since it measures the neutron flux of the reactor, and thus continuously and instantly monitors its power, the fluctuations of that power, as well as its axial and radial distribution within the reactor.”

“For more than 25 years, we have been collaborating with CNNC in China. We are delighted to have signed this new contract, which is further proof of the confidence that CNNC places in our I&C technologies and in our people.”

Rolls-Royce say they are a world leader for digital Neutron Flux Monitoring System, with more than 130 systems installed or chosen for nuclear reactors worldwide, including 42 systems in China.

As an Australian i am not particularly happy about this , however supposedly inane China can be expected to turn it into an defense asset .

China is a rogue nation. A communist nation that doesn’t care about international law or human rights. Yet again, we are putting our bloody foot in it. This should not be allowed to go ahead!

Giving them our nuclear technology!!?? You’re having a laaaaugh!

So our companies should stop selling into the Chinese market?

The Chicoms will give RR just this one order, then they copy future orders!

According to the article there are 42 RR systems in China. To be honest I had the same thought, until I got to the last paragraph!

People here are so bloody hypocritical.

All China talks about in current negotiations is multilateralism and sticking to the rules.

If you remove the communist part from your rant, you are actually describing the USA.

George – Like it or not China is a Major Investor in the Hinkley Point C Nuclear Power Station too.

giving them the technology for their next project. mad

The Chicoms gave the world Covid-19. What’s next? A nuclear meltdown? Ugh.

What’s the beat some rapid reverse engineering will occur? Then all of a sudden a Chinese form will offer a neutron flux monitoring system for nuclear reactors at less than 50% the price of BAe systems.

Soon we will be reverse engineering their stuff. So it has been since man picked up a stick.

Sigggh….when we will we ever learn?

Its a safety system nothing more they already have nuclear reactor designs and infact the reactors will be of these design not our own.

Whats the issue with making reactors safer if it could effect millions of lives if issues occour?

good point, thus suggesting that Chinese reactors are not that safe.

wrong technology for our times

If china wants pressurised plants that is up to them, but it is old hat

UK has some world leaders in non pressurised nuclear power, but instead of investing in them (the US and Canada are investing in these companies) the UK pursues legacy systems and approaches

It would be but this is not “nuclear tech” – It’s not the reactor..

I must question the transfer of any technology of the sort that Rolls Royce will be/ has to China.