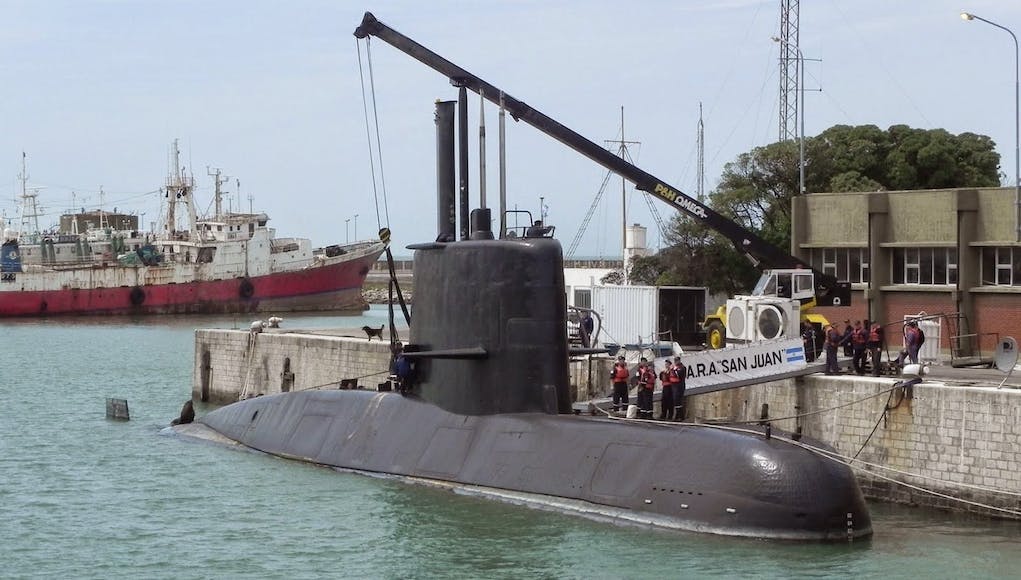 Defence Secretary Gavin Williamson has released a statement on the loss of the ARA San Juan and her crew.

“This has not just been an agonising time for Argentina, but for our whole international community, and this news is truly devastating for everyone involved in this week’s search and rescue operation. When it comes to situations like this, nationality doesn’t matter: all sailors have an obligation to help each other in a time of such desperate need.

I’m extremely proud of the role our Navy and Air Force have played in the international effort to help, and I speak on behalf of those involved, and the whole country, in offering our sincerest condolences to Argentina and the family and friends of the crew.”

During a search flight over the South Atlantic, a US P-8A Poseidon aircraft detected an object near the area where the missing submarine sent its last signal. The plane returned to its base in Bahía Blanca late the same day.

Yesterday the Argentine Navy said an event consistent with an explosion had been detected on the day the submarine lost communications by CTBTO seismic anomaly listening posts on Ascension Island and Crozet Islands.

The Navy received information through the Argentine ambassador in Austria since the CTBTO is based in Vienna.

The organisation had been asked to analyse data in the search area by the Argentine government on the week of the disappearance, but no leads surfaced until the 22nd of November when the CTBTO informed the government.

My deep condolences to the family and friends of the crew.
Had hoped it would be found grounded in shallower water.

indeed, there is no upside to this story

all politics and wars count for nothing when this happens. calm seas ,a fair wind, stand easy, your toil is done REST IN PEACE.

RIP to all those submarines still on patrol.

Yes very sad news and dreadful for the families involved. Not a time for patting ourselves on the back, but well done to the UK government and our armed forces for doing our best to help.

Did the same for the Russians, and there’s a Russian transport on its way as well. Law of the sea.

HMS Diamond deploys to the Mediterranean