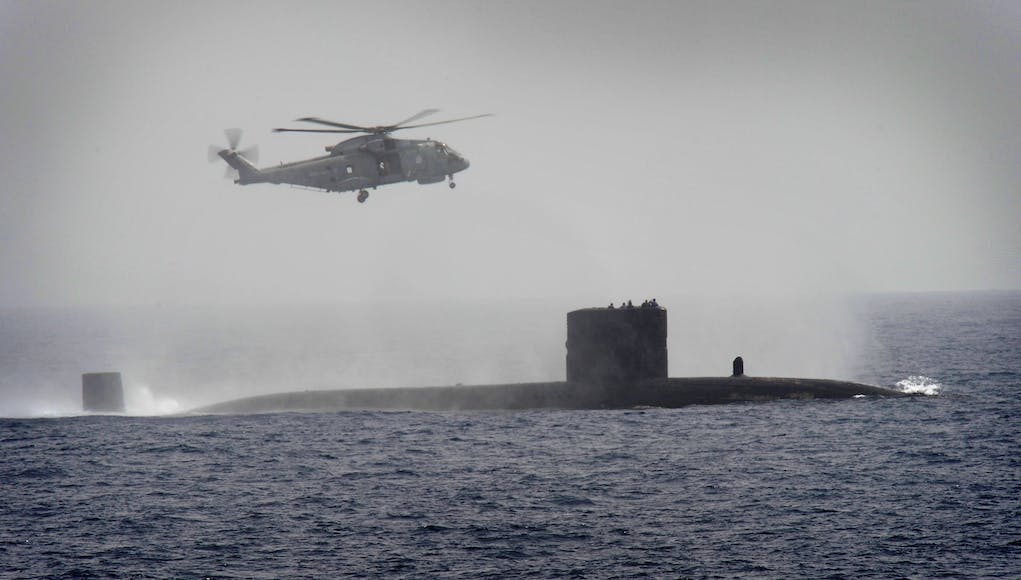 In the last five years, Gibraltar has been visited at least 30 times by nuclear submarines, with each visit having been met with protest from Spain.

It is worth noting, American visits have not been met with protest.

The information comes to light via a response to a Freedom of Information request, the response can be found here.

While the response states there have been “29 visits”, this was determined prior to the most recent visit of a British submarine.

Relations aren’t calm however, in May last year, a Spanish patrol boat reportedly tried to “hassle” an American nuclear submarine attempting to dock at Gibraltar.

Well, if Scotland ever leaves the Union, perhaps we should base our SSN/SSBN fleet in Gib, really give the Spaniards something to moan about!

Good and they must never stop the RN subs and ships have a home from home it’s none of Spain business, and for the Spanish flag being ever closer to being on the Rock the Spanish live in cuckoo land ,they have more chance of landing on Mars ,Gibraltar is British and will always be British, god save the Queen and bless our armed forces, A loyal British Gibraltarian

Given the reaction these visits create from Spain I find little benefit of them continuing unless the submarine needs maintenance. I fully agree that a show of “the flag” or “show of force” should continue in Gibralter, but a surface ship would surely be a better option, if any are available of course. I don’t think we should flaunt our nuclear assets at Spain or anyone else. Any prospective foe knows we have them. A fully armed new patrol vessel would be a better option here.

We don’t talk a lot about those American Ohio-class boats converted to carry hundreds of conventionally-armed cruise missiles. Has the Royal Navy ever considered such a sub? I think the astutes could theoretically carry 30+ if they carried no torpedo reloads.

I think the production facilities are pretty much full with the remaining Astutes then running straight on to the 4 new SSBN builds but, after that and when we are on to Astute replacement, I can definitely see a possibility of that being on the table. The new UK SSBN/Dreadnought will be using the Common Missile Compartment (CMC) and a line item in the Successor program budget is allocated to the UK contributing to the joint US/UK development of CMC. The “Common” bit is not only common between UK & USA but also that each tube (it will come in… Read more »

Any UK or US sub visiting are part of NATOs patrol tasking. As such the Spanish should be grateful we are deploying such capable attack subs to the med. They would not be complaining if their was a Russian or Chinese task force loitering around their shores.
Gibraltar is British and always will be. It is called self-determination and democracy. When the Gibraltarian people decide they want to become Spanish, then and only then will Gibraltar talks on conceding sovereignty to Spain begin.
Can NATO not do anything about this harassment from a so called EU ally?

No Mr Bell the Spanish do not complain about the Russian Navy, indeed they refuel their submarines and other naval vessels in their port of Ceuta near Gibraltar.

Over our collective dead bodies

I think that about covers it, any questions I am sure there friends in Argentina would be more than happy to clarify it.

In the early 80s, when the Royal Yacht Britannia docked in Gibraltar carrying the Prince of Wales and that awful wife of his at the time, King Carlos of Spain rang Her Majesty The Queen to protest. Her response?

As told by by Michael Foot. He says his reply was:

“The first Elizabeth could not have put it better.”

@James, so Diana is dead 20 year now – a woman who did more to drag the Royals kicking and screaming in to the modern era (and I’m a republican by inclination) and the best of the bunch arguably – and yet you still can’t resist a swipe at her on a site discussing UK defence? Honestly.