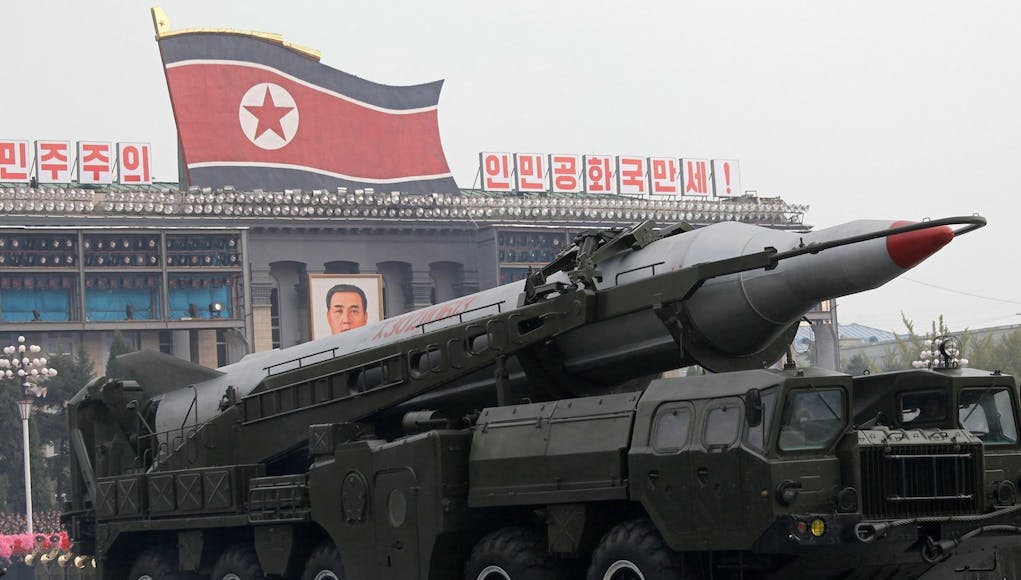 Nuclear-armed North Korea has fired a ballistic missile over Japan and into the Pacific Ocean in what is being called a major escalation.

The missile was launched at around 2057 GMT Monday from Sunan, near Pyongyang, travelling over Japan.It flew around 2,700 kilometres (1,700 miles) at a maximum altitude of around 550 kilometres.

No effort was made by Japan to intercept the missile but a warning was issued warning telling citizens in Hokkaido to seek shelter.

Foreign Secretary Boris Johnson said Britain was working with the United States and allies in the region to find a diplomatic solution to the stand-off between Pyongyang and Washington and that “the North Korean regime is the cause of this problem and they must fix it.”

First Secretary of State Damian Green has also added it is “obviously” in Britain’s interests that the stand-off between Washington and Pyongyang does not lead to conflict and urged Mr Trump to be “sensible” and go through the UN before acting on his “fire and fury” threat.

Pyongyang last month carried out two overt ICBM tests that appeared to bring much of the US mainland within reach for the first time and heightened strains in the region.

At the time, US President Donald Trump issued a warning of raining “fire and fury” on the North, saying Washington’s weapons were “locked and loaded”, while Pyongyang threatened to fire a salvo of missiles over Japan towards the US territory of Guam.

The UN Security Council is expected to hold an emergency meeting very soon in response.

This game of chicken is getting too close for comfort, will China just topple him already?

This is getting a bit daft now. KJY is trying to provoke an attack so he can deflect attention from his crumbling corrupt state and the fact its people are starving. As the situation within North Korea deteriorates KJY will get more desperate. Unless there is a massive overwhelming international effort to topple the crazy fat kid there is going to be a war in which millions could potentially die.
China needs to wake up. Do they seriously want a nuclear exchange in a country they share a border with? Nuclear fallout is a bitch to clean up afterwards.

Okay. It looks like North Korea just called Donald Trump’s bluff, as other Asia defence analysts have noted, with it’s provocative missile launch over Japan. http://thediplomat.com/category/flashpoints All very well – so long as it turns out to be a US bluff and both sides haven’t fatally miscalculated and we end up with large chunks of Korea, Japan or Guam as piles of glowing embers. Yes Kim may be crazy, or at least he is acting as if he is crazy. And that in a sense is a rational thing to do. After all, it is a strategy that US president… Read more »

April 24, 2022
A Freedom of Information request revealed 18 drone sightings at sensitive military locations in just two years - between 2019 and 2021.