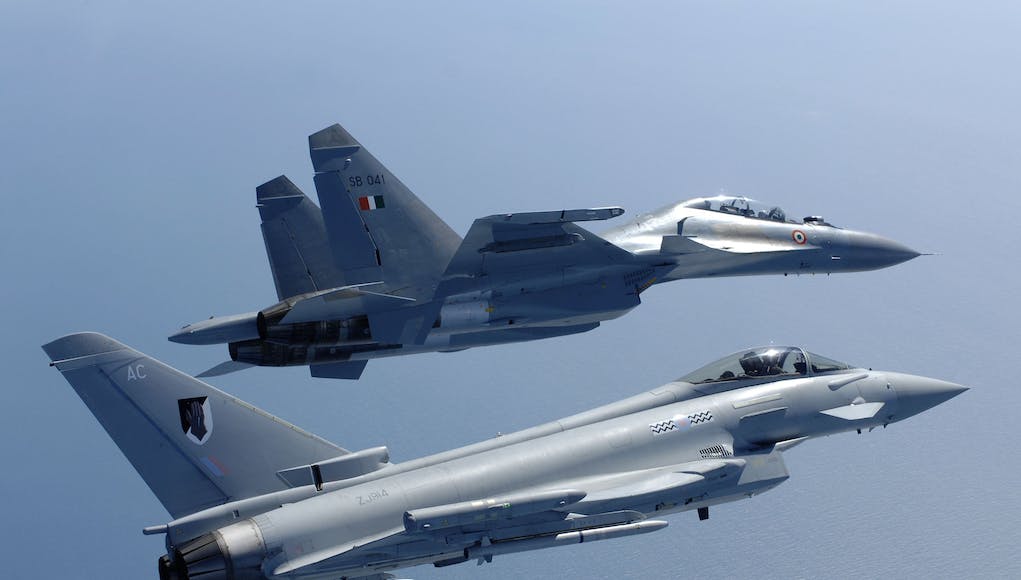 The UK and India will continue to strengthen their defence and security relationship, with the two countries working closer together than ever before to tackle terrorism and threats to cyber security, say officials.

“Defence and security are at the centre of our friendship with India. By working together to combat terrorism, tackle cyber threats, and build regional security, we are keeping both our countries safe.”

Discussions have also been held on how the Royal Navy can work more closely with their Indian counterparts to ensure the safety and prosperity of the Indian Ocean region – tackling piracy and drug trafficking, as well as protecting freedom of navigation rights. The UK already plays an active role in maritime security in this region through counter terrorism, counter piracy and maritime security operations because a free and open Indo-Pacific area is in the interests of the UK, India and the international community.

“Work is underway on building a long-term approach to the UK and India’s defence industry-to-industry relations, allowing our Armed Forces to share technologies and learn skills from each other.

These new military links are among several ways the UK and India are working closer together across several departments, announced during an inward visit by Prime Minister Narenda Modi. The armies of the UK and India already enjoy a close bond and work together on Exercise Ajeya Warrior every two years, sharing battle tactics and pool together ideas.”

They are considering the Euro Jet EJ 2×0 for their AMCA 5th gen fighter project.

I read a comment from a previous article that India intended to purchase the carrier variant of Typhoon should we have gone ahead with its development.

There’s no such thing as a carrier variant of Typhoon.

And old commentary, the original article is from 2012. I think the boat has sailed on the idea of a navalised version of the Typhoon.

I’m not sure if this has much meaning or not. India has always been one of the more pragmatic players in regards to strategic alliances and cooperation ( read sits on the fence and plays with almost anyone who is not Pakistan or to a lesser extent China). But making a statement like this, at a time of pretty much unparalleled friction (in the post Cold War age) between the UK and Russian could be very much taken as quite a significant message of disapproval in regards to Russian actions around chemical weapons and other behaviours on the international stage.

Nigel. Coulda, shoulda, woulda. They will buy Russian, French or US. Our role is to help them get the best deal out of them. Go onto any Indian website and you’ll learn a lot about how they view us.

I doubt the UK loses much sleep over that.

Large parts of their population live in abject squalor while they grandstand as a first rate nation.

A big difference compared to a developed nation like the UK.

If they dislike the UK so be it.

Various Bangledeshi friends have told me before they themselves dislike Indians as being arrogant do I wonder if it’s a wider cultural trait or directed solely at the UK?

They purchase diverse military systems from all over the world, generally duplicating capability in the process and the net result is very low readiness and iniffective capability.

Unfortunately, India is little more than a paper tiger, the numbers look impressive, but support for this diverse array of equipment is totally inadequate.

I don’t think anyone would be able to support such a wide variety of kit, the logistics of it are just insane and make zero sense.

well i think you are quiet wrong.http://defencenews.in/article/IAF-tests-capability-to-handle-nuclear,-biological-war-with-Gagan-Shakti-547822. they are actually able to maintain their fleet quite well.

Perhaps we could sell them a training course in closing submarine hatches?

they hatch issue is not true. the submarine had hit an object and was damaged. i think even the UK astute submarine also ran aground and the other one hit a merchant vessel so maybe we need some training not them.

Post Brexit I sincerely hope than we in the UK can exploit as many opportunities with the Indian Government as we can.Agree that a Naval variant of the Typhoon might be a step too far but who knows,the current uncertainties in the world might just give the project the impetus it needs.

I very much hope so Paul.

Some of our more experienced experts in the field of Naval Aviation might find this link quite interesting.

i hope they come to us. they are actually good people with only a minority of them still think bad of us. i mean we can really earn a ton of money by participating in their projects. largest underground airbase base in Asia. largest naval base east of sues canal. clearly there is a lot for us to get here.

Has anyone looked at the cost of a navalised typhoon? I would love to see it happen and a mixed fleet on our carriers, but no point if it’s going to cost the earth.

T.S The basic requirement of an aircraft to be carrier capable is that it must have a very strong robust Airframe – to my knowledge the Typhoon meets that requirement,everything else to convert it into a Navalised Typhoon is not beyond the realms of possibility.As always the biggest stumbling block to that happening boils down to cost and risk.If there was one and maybe two substantial Export orders for it it might have been feasible but as it stands even the Navalised Rafale has not gained any orders outside France so it would just be a no-go as far as… Read more »

Morning I concur with one of the comments above, they are unlikely to buy any hardware off of us (except Hawk) but they will use us for system integration work, supporting procurement and generally helping them get their house in order. Countries need to buy the kit they can build, support, maintain and fully utilise. The technology offerings we have got would require too much supplier nations and vendor support, something the Indians are trying to move away from. BAES Hawks is about the limit we can successfully export before the technology becomes too complex for them to support. The… Read more »

They may buy a navalised Typhoon for their carriers- its called the Rafale!

“Navalised Typhoon” is not a real aircraft.

We missed a chance not fitting catapults to our carriers, if we had we could of made the carrier Typhoon a reality & we might of had a chance selling not just planes but carriers to India, i know a boy can dream 😛

Navalised Typhoon would not need a catapult due the a combination of ramp, new more powerful version of the engines available and thrust vectoring. QE would only need arrestor wires for landing making it much more viable.
Imagine the power of our carriers with two squadrons of typhoon and one or two of F35! If typhoon wouldn’t need that many changes surely development costs could be found? 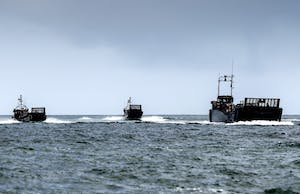