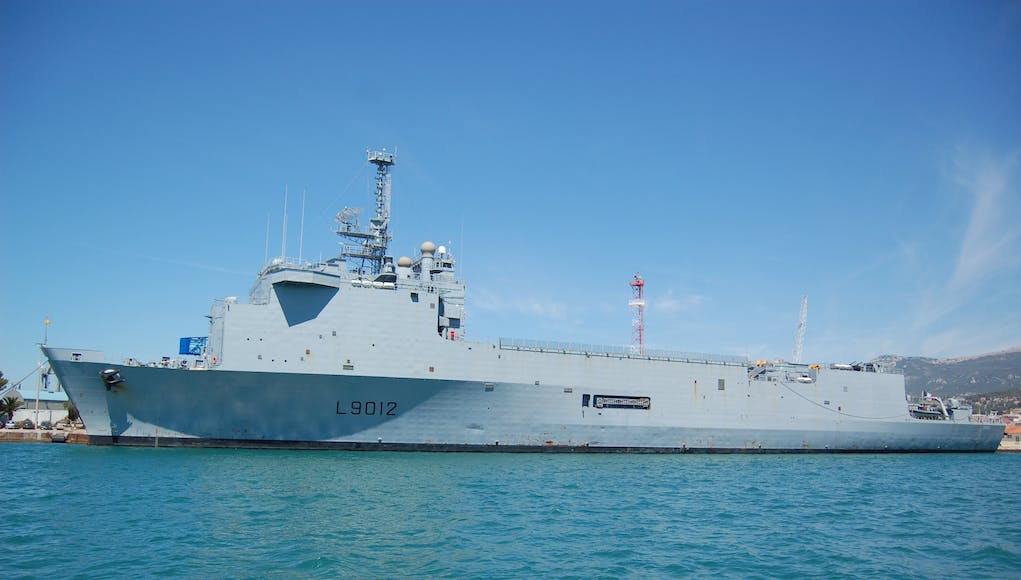 The Brazilian Navy have confirmed the purchase of former French Navy Foudre class vessel Siroco. The ship will be renamed Bahia.

The hull is built around a well deck which constitutes three-quarters of the length of the ship, and can accommodate up to eight landing craft. The landing craft can be put to sea by filling ballast tanks and lowering the ship, and opening the rear door.

The aeronautical installations allow all-weather operations of transport helicopters, intended to carry commandos. 4 Super-Puma or 2 Super-Frelon helicopters can be accommodated in the hangar.

In 2011 the first in class, Foudre, was sold to the Chilean Navy.