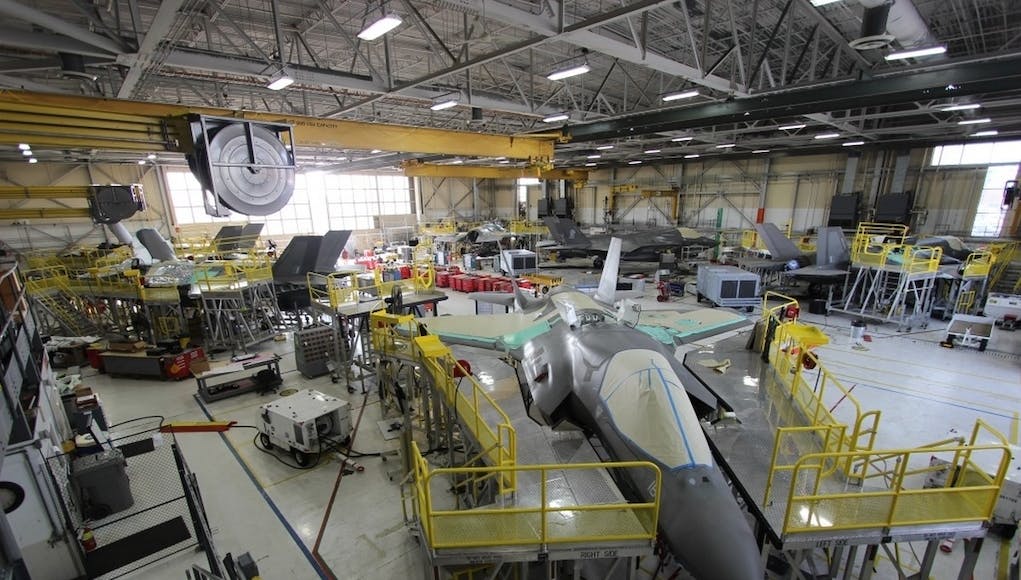 A recently-completed facility will bring a new maintenance capabilities to the F-35B Lightning aircraft next year.

When the new F-35 laser shock peening facility is fully operational in 2020, the US Fleet Readiness Center East (FRCE) will be one of two sites in the world that will use laser technology to strengthen F-35 structural components.

According to a release, construction of the $6 million facility wrapped in July, and the contractor providing the laser shock peening service will take occupancy in early spring, said Donald Jeter, portfolio manager of the F-35 aircraft line at FRCE.

“Under that timeline, the first F-35 aircraft inducted for laser shock peening would arrive in June to undergo the validation and verification process, and then the depot will begin work on the remainder of the F-35 fleet that requires the laser shock peening modification.”

“This facility is a big get for Fleet Readiness Center East,” Jeter said.

“It’s very exciting. Being able to perform this laser shock peening process adds a huge strategic capability to our depot. With it, we’ll be able to provide a critical support element to the F-35B program and act as a force multiplier for the fleet and the warfighter.”

The 16,000-square-foot facility comprises two bays, where the actual laser shock peening process will take place, and a connected area that will house the laser generator. The state-of-the-art laser shock peening process will allow FRCE to conduct heavy structure modifications that will strengthen areas of the F-35’s airframe without disassembling the entire aircraft.

“The process strengthens designs without adding additional metal or weight, which increases the aircraft’s life and reduces maintenance costs. It has been used on the F-22 Raptor and in manufacturing aircraft components including engine blades, Crisp said, but has never been employed for the F-35. Now, FRCE will use the technology to help Marine Corps aircraft reach their full life limit.”

For an article relating to the F35, why show a factory/production line for what look like F18 Super Hornets?

I guess one grey camo plane looks much another…