We pride ourselves on being a team of volunteers, we’re not paid or funded by anyone. Our team is composed of defence professionals, cyber security and international relations graduates, serving and former military personnel, industry specialists as well as everyday military and defence enthusiasts.

The UK Defence Journal has no affiliation to any party or political group, our members are drawn from across the political spectrum.

Find out more about each author below but please note, we frequently publish work by new authors and as such, they may not yet be present in this list but if you need any information, please feel free to send us an e-mail!

George Allison (Owner and Editor)
George founded the UK Defence Journal in 2014 after touring one of the new aircraft carriers in build at Rosyth, where he decided to document what he had learned in blog form. He now edits and funds the website. George has a degree in Cyber Security from Glasgow Caledonian University and has a keen interest in naval defence technology and cyber security matters.

Henry Jones
Henry has a particular focus on recruitment, mental health, and industry news. His interest in defence is derived largely from family connection, as well as studying international security. Henry has previously written for The People’s News, and is the grandson of Lt Col ‘H’ Jones VC, killed in the Falklands War. He’s also a rising star in the defence journalism world, he can be found on Twitter too.

Tom Dunlop
Tom has spent the last 23 years working in the defence industry, specifically military and commercial shipbuilding. His work has taken him around Europe and the Far East, he is currently based in Scotland.
Stuart Crawford
Stuart Crawford was a regular officer in the Royal Tank Regiment for twenty years, retiring in the rank of Lieutenant Colonel in 1999. Crawford was also an SNP defence spokesman and he now works as a political, media, and defence and security consultant in Edinburgh. Stuart is a regular commentator and contributor on military and defence topics in online and other media.

Marcus Cribb
Marcus works as an event manager at a national Armed Forces Museum and has spent most of his working life in military heritage. He has completed a BSc in International Politics & Strategic Studies followed by an MSc in Project Management. Additionally he is a dedicated Army Reservist and currently as a NCO in the Air Defence role but has served as a crewman on Armoured Vehicles too which was the subject of his dissertation combining his worlds.
Lisa West
Lisa has a degree in Media and Communication from Glasgow Caledonian University and works to make media, including UK Defence Journal video content, more accessible for the visual and hearing impaired.
Ferguson Hunter
Ferguson is a former Airborne and Commando soldier and security/risk manager (overseas), with experience in the Middle East, Africa, Asia and Europe. Now working as a sport performance and development coach and developing military endurance events.
Oliver Steward
Oliver is a Doctoral Candidate in International Security at the University of East Anglia.
Chris Smalley
I served within the REME as a Electronics Technician for 11years, serving within various units and having done tours in Afghanistan, Iraq, Falklands and Cyprus. I transferred to the Royal Navy as a Weapons Engineer last year and currently completing various courses to allow me to go to sea. I’m interested in all things engineering and a big military history geek. I’m currently studying for my Electrical Engineering Degree to allow me to become IENG certified as I am currently only EngTech TMIET certified.
Gianpaulo Coletti
Gianpaulo is based in Australia and is a student of Counterterrorism, Intelligence and Security. Interested in everything related to National Security. 24 News Enthusiast, political junkie and working on his first book “Hitchhikers Guide to National Security”.

Samuel Corby
Samuel is currently studying in Sydney, NSW having spent most of his life in the UK. His main interests lie in naval policy and history, civil defence, and humanitarian and disaster relief work.
Duncan Cushenan
A graduate student of Journalism who has a keen interest in the defence sector. Duncans specialism is the Royal Navy. Duncan is on Twitter and happily engages in discussion there.
Nathaniel Hayward
Nathaniel has an undergraduate degree in International Relations from Aberystwyth University, as well as an MA in Journalism from Bournemouth University. His main interests are geostrategy, naval history and procurement and the infantry regiments of the British Army. He currently works as a conference manager in London.
Bruce Horton
Investment manager/economist for 15 years. Secondary school teacher for another 15 years. Royal Naval Reserve officer for 15 years. Amateur naval historian and putative author for another 15 years?
Elliot E.G. Jordon
My passion for understanding defence stems mainly from my passion for understanding history. I study Modern History, Medieval History and Russian at the University of St Andrews and hope to continue in defence-related academia.
Daniel Marriott
I am a postgraduate student of International Relations and a Research Assistant at the Department of Political Science and International Studies in the University of Birmingham. My main areas of interest are the past and present foreign policies of the great powers and social-political issues in the UK, Europe, China and US. I previously worked at the Ministry of Defence and in the private intelligence/surveillance industry.
Gerald Wright
Experienced senior manager and consultant within the UK Defence sector and ex-Royal Navy weapons engineering apprentice. Specialism is covering strategic defence issues of a political nature of both national and international relevance.
John Sayle
John Sayle holds a MA with Distinction in Writing from Liverpool John Moores University, where he previously lectured. He currently works as a security professional, in addition to lecturing at the University of Liverpool at the Centre for Lifelong Learning. From a multi-service family, John’s interests led him to conduct research for his PhD thesis on the topic of future war.
Daniel Clark
I am an International Relations and History student, with interests lying especially with cyber security, national security, terrorism, and foreign affairs. Interests in foreign affairs mainly include the current European situation along with the USA. I always strive to learn new things and broaden my horizons. I feel the key to understanding the present and present stories, is understanding the past.
João Vitor Tossini
Vitor is a student of International Relations at the Sao Paulo State University. Studies matters of defence and security that concerns the UK. He also explores British imperial and military history and its legacies to the modern world. Currently, researches the British military presence in the South Atlantic.
Chris Shaw
A well established, experienced and qualified Security Consultant with 15 years of combined military and commercial experience gained on a truly global basis. Chris is a SME in the subject of security in complex environments including conflict and post-conflict regions, and a specialist in the subject of the public/private sector security relationship.

Bryan Davis
Bryan forwards e-mails to people that need to see them and often manages the social media accounts.
Michelle Shaw
Michelle schedules posts and is also one of people responsible for posting on Facebook and moderating website comments. 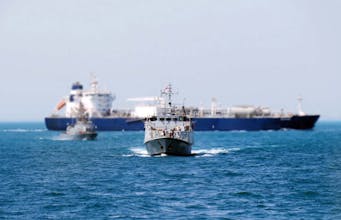 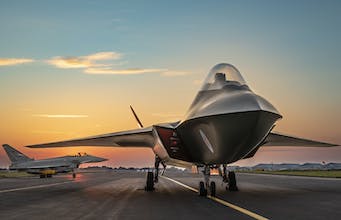 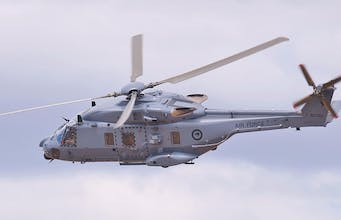 HMS Forth arrives in Falklands to assume guardship duties 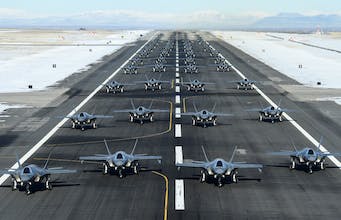