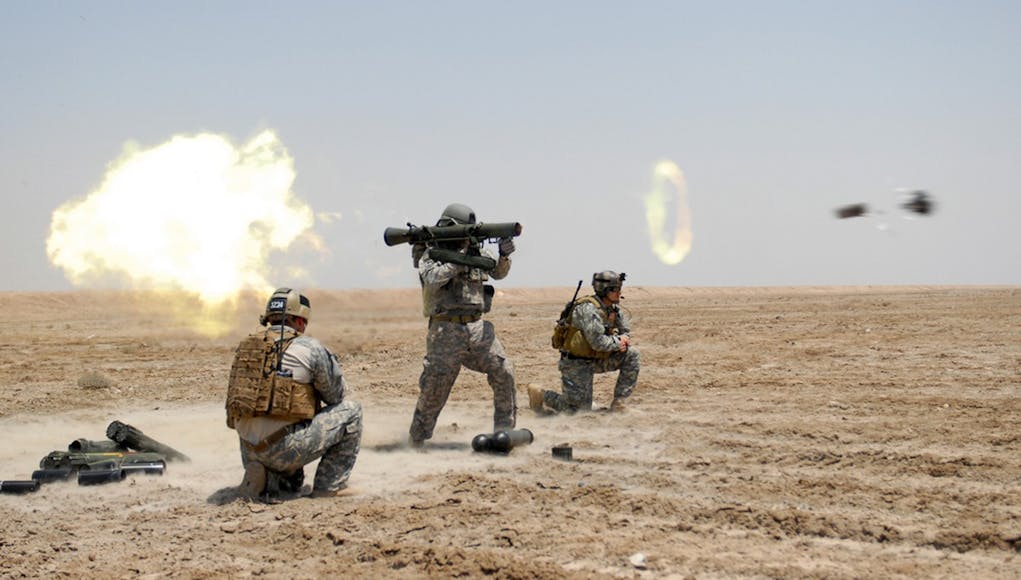 The orders are placed within a framework agreement signed by the Swedish Defence Materiel Administration in June 2019, which allows Sweden, Latvia and Estonia to place orders for Carl-Gustaf M4 weapon systems during a ten-year period.

“We are pleased to announce Latvia and Estonia as our latest customers on Carl-Gustaf M4. Both nations have a history of more than two decades of Saab’s Carl-Gustaf system. We look forward to further strengthen their ground combat capabilities with the latest version of the system,” Görgen Johansson, head of Saab’s business area Dynamics, was quoted as saying in a news release from Saab.

“The new generation anti-tank grenade launcher Carl-Gustaf M4 is definitely a big step forward for a soldier who has been trained in this field and has dealt with older versions, the M2, especially in terms of walking with a weapon. The new weapon is half as light. This joint procurement is a very good example of cooperation with neighbouring countries, where the parties reached the most economically advantageous and best deal. Co-operation between defense countries is one of the most important ways to increase the defense capability of our region,” said Ramil Lipp, Chief of Category (Armament) for the Estonian Centre for Defence Investment.

Saab say that the Carl-Gustaf M4 is the latest version of the portable, shoulder-launched, multi-role weapon system.

“It gives users a wide range of engagement options and allows troops to remain agile and effective in any scenario. It builds on the system’s formidable capabilities, offering a higher degree of accuracy, lighter construction and compatibility with future innovations. The M4 is also compatible with intelligent sighting systems and future technology developments, such as programmable ammunition.”

Since the launch in 2014, Saab has signed contracts with thirteen different nations for the Carl-Gustaf M4.

Half as light? Does that make it 50% heavier?

Very good picture of why you never stand behind a Charlie G.

Not a good idea to stand in the front either.

The Carl Gustav 84mm is quite possibly, one of the worst Anti/Armour or Bunker busting weapons, they could have purchased. A useless lump of Junk.

Yours is the first review of the Carl Gustav that has ever described the weapon as “a useless lump of Junk.” I guess there’s no pleasing everyone. lol

If you’ve ever used one or carried one, or watch the Warhead fail to detonate. You would understand.

Granted it’s anti-armour capabilities probably won’t take out a current MBT, the UK uses NLAW or the heavier Javelin for that. It can still a take out it track for a mobility kill, or take out the commander’s primary sight etc. The Carl Gustav (CG) is predominantly used against softer targets or hardened firing points, i.e. bunkers. There are a number of new warheads with delayed action fuses, anti-personnel, thermobaric and even guided rounds. It is also a lot cheaper to use than Javelin, NLAW or Spike with more effect than a 40mm underslung grenade. It’s really designed as a… Read more »

I understand what you are Saying, though to think that a Soldier carrying Personal Weapon, Ammo, Equipment, Rations, Then you load the 84mm on him and as you say a couple of Rounds, across any types of terrain………….???? Flexible weapon……???? I’m hoping with your comments that you have actually used one of these in theater and not just on the range, where the rounds were placed for practice…. Whoever used the term for this lump of junk as Man Portable has never had to use them in anger.

Yep, used one in Afghan on loan from the Canadians.

How far did you have to carry it, Plus ammo, Plus equipment, Plus Rations……

Far enough to assault a compound, why?

We (team of 8) were dropped off and tabbed about 20km to the OP. We were each carrying 300 rounds of 5.56, food, water, comms gear, visual equipment, and a couple rounds of HE each. We also carried 7.62 belt for the GPMG, not forgeting Osprey front and back plates.

I guess uou must have humped the older useless piece of sh!t across Salisbury plain mid ’80s. I was lucky on that day, as dug into a copse a cvr(w) appeared right on top of a small hill, where-upon, the commander jumped on top of the hatch to start using his binos, the Emperor Mong was strong that day. Our small party decided a lesson should be dealt out and we fired a schermooly through the CG and watched it zoom in on the cmdr… who saw it at the last moment and managed to duck… he then foxtrot oscared… Read more »

Nope, never had the pleasure with the old CG. We had a quick and I mean quick brief on how to use it, by the Canadians. First time firing it was during the mission. All I can say is, it’s a piece of p*** to use. The effect on the compound was better than expected, nuff said.

I do remember watching some RAF helicopter techies using some Schermuly rockets. They had rigged up a kind of Stalins Organ using some map tubes, then set them off. It actually worked quite well (nobody was hurt!!!!).

While man portable for the army means it can be moved by humans, regardless of the weight, the new 84 is a decent bit of kit, and much better than the previous hunk of metal most of us have used. I’ve use both and quite liked the new one. Cheers guys.

NATO chief dismisses claim that Europe needs its own army