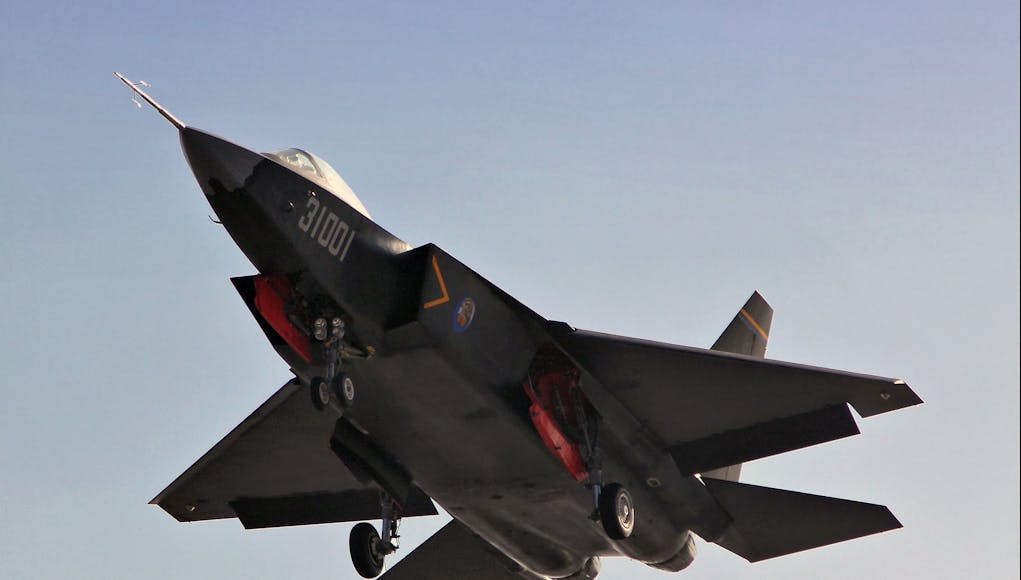 China has unveiled an updated version of the J-31 “Gyrfalcon” fighter jet which is expected to be marketed internationally within the next five years, reports the Beijing-based ‘Sina Military Network’.

The appearance of the J-31 raised concerns about a potential arms race in Asia, as some of China’s neighbours might again consider purchasing the F-35 or pursuing the development of their own fifth generation aircraft.

Unlike the F-35’s “baked in” fibre-mat stealth, the J-31 uses stealth coatings and also, reportedly, does not have jamming capabilities.

Vladimir Barkovsky of Russian Aircraft Corporation MiG has stated that, despite some design flaws, the J-31 “looks like a good machine.” Although it contains features already in use on the U.S. fifth generation fighter designs, it is “not a copy but a well done indigenous design.” Barkovsky had previously confirmed that the engines on the prototype aircraft are Russian built RD-93’s.

During the 2014 Zhuhai Airshow, a Chinese military expert said that the J-31 will be both used by the PLA and exported to foreign buyers. Internationally, it is designated the FC-31 and intended to be a rival to the American F-35 and Russian Sukhoi Su-35.

While the J-31 has been touted as a rival to the F-35 in the export market, there may not be many countries interested or able to actually buy the advanced Chinese aircraft. The US has been successful in securing international orders for the F-35 from allied European and Asian countries based on their ability to afford it and to ensure continued effective coordination with the US in multilateral combat situations. China, however, has no allies with such close strategic ties or economic strength

Lets buy one so we can get a look to see how they made it…..lol